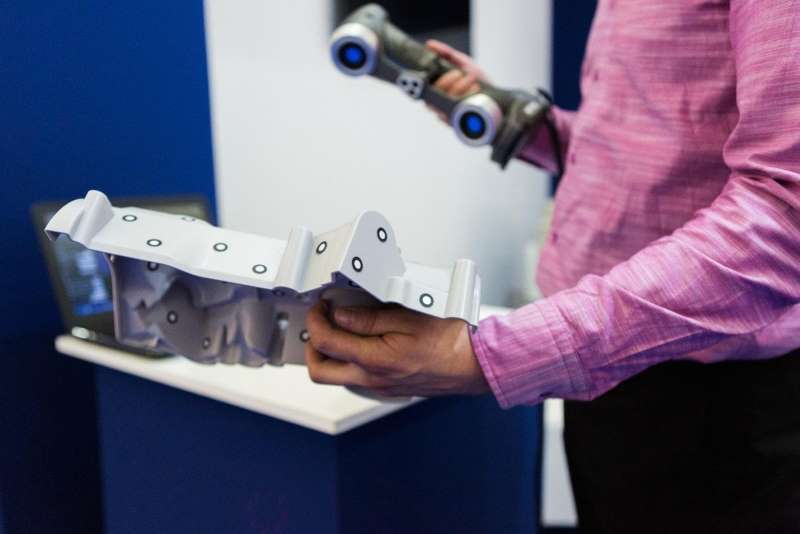 It is becoming increasingly clear that 3D scanning and printing represents one of the great industrial revolutions of our time. Despite being a fringe market just a few years ago, it is now worth a staggering $51 billion per year and is set to grow exponentially throughout the next decade.

3D printing has already allowed for unprecedented innovations in a number of fields, ranging from housing to prosthetics to infrastructure to security. All of the innovations offered by 3D printing are enabled by 3D scanning services. But what is 3D scanning, and how does it actually work? Read on to find out.

First off, it is worth answering the question of what is 3D scanning. In a nutshell, it is the process of collecting data from a physical (three-dimensional) object in order to accurately describe the properties of the object.

It involves the use of light, lasers, and photography to “scan” an object so that scientists and engineers can understand its attributes and, if needed, rebuild it (a process known as reverse engineering). The object in question can be virtually anything at all, be it a house, a person, a complicated piece of machinery, or even food.

The applications of a 3D scanning tool are too numerous to be listed in full here. However, it is worth noting some of the main ways in which 3D scan software is being utilized on an industrial scale today. With quality 3D scanners at your disposal, you can:

These are just a few of the ways that a 3D scanning camera can be used today. The full list is almost endless.

One of the most common forms of 3D scanning is known as laser triangulation. This is when laser beams are projected onto the surface of the object that is being scanned.

The laser device will then measure the deformation of laser beams across the surface of the object. This allows the scanner to reconstruct the exact dimensions of the object on a pixel-by-pixel basis, allowing for total accuracy.

Structured light 3D scanning is another commonly-used approach. This involves the use of a light projector with multiple cameras set up around the object that is being scanned. The projector will then beam different light patterns across the surface of the object.

The cameras then analyze the deformation of the various light patterns across the surface of the object. This allows the 3D scanning software to triangulate X-Y-Z coordinates to produce an extremely accurate reconstruction of the object.

Understanding how 3D scanning works is essential in a world that is increasingly shaped by this vital technology. To stay on top of the tech trends that are transforming our society, culture, and economy, we have got you covered. Make sure to explore of dedicated Tech section for all of the latest expert analysis of the tech that matters in 2021 and beyond.