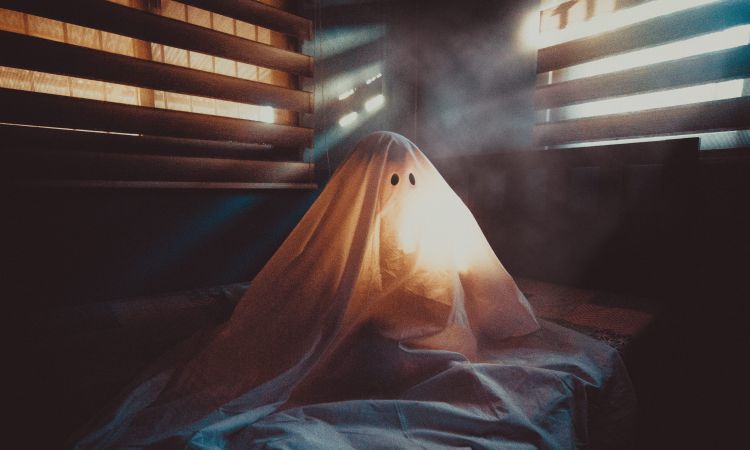 The unseen has a profound impact on nearly everyone. Even the skeptics question their sanity when the unexplainable happens. Take the most hardened skeptic on a ghost hunting trip and watch how they eventually succumb to the anxiety.

Ghost hunting is an activity that isn’t for the faint-hearted. Millions of people around the world deal with real hauntings, and ghost hunters aid them. Skeptics will argue that the entire process is subjective and thoroughly bias and maybe they’re right but tell that to a hunter whose EMF just spiked in a pitch-black room.

This article will be talking about several ghost hunting devices that you may want to consider in your arsenal. Amateurs and pros unite! This one is for all the believers who want to see what the spirit realm looks like.

The entire gist of ghost hunting is to capture evidence, and what better way to capture a ghost than by recording its voice. The human ear might not be able to hear these voices, but an EVP machine will. Cart it around the room with you and play it back after your ghost hunting escapades.

Be careful, though; you might be shocked to hear some of the things out there. You have to have an EVP device in your arsenal if you want to do this right.
Stores like SpiritShack can hook you up with these devices and much more. Ensure you buy original equipment before you go in for a ghost hunt. It would be a pity if you spent the entire night in a potentially haunted place, only to find out you bought fake equipment.

Find yourself a good/reliable EVP device and put it to the test. You never know; you might be able to find out the spirit’s name.

There is nothing worse than holding a flashlight while investigating paranormal activity. You have more important things to carry than a flashlight. Cameras, EMF devices, and bags are just a few of the many things you’ll take during the adventure. Wouldn’t it be wiser to buy yourself a headlamp rather than holding a torch?

Consider a headlight that wraps around your head. They’re secure, illuminate the area you are looking at, and generally, give you more liberty with your hands. Other than that, it’s always a good idea to have light shining from top to bottom rather than bottom to top. A ray from the top illuminates a larger area than the former.

When spirits manifest in the real world, you are likely to notice spikes in electromagnetic fields. EMFs don’t naturally occur unless you are next to electrical devices. However, you would be turning those off during the hunt.

It’s a good idea to switch off the house’s circuit breaker before the hunt to make sure nothing interferes with the search. Use EMF sensors to track spikes in the magnetic wave levels. If you notice spikes in the readings, it could indicate that something might be lurking in the shadows.

Recording these abnormalities is a great way to prove that there is indeed something in the area. How else can you explain a spike like this with all the electrical in the house turned off.

An EMF does tell you with surety that there’s something abnormal in the area, but it doesn’t give you something to work with. Live wires could cause the spike, but it’s your job to rule out the variables and examine the data you collect.

Another frequently accepted thought is that cold spots indicate spiritual activity. A spot that seems unnaturally or uncharacteristically colder than the surrounding may mean some foreign entity. Human beings can naturally pick up temperature changes; however, a thermal imaging camera can do better.

If you notice something odd, point the camera in that direction and gauge a cold spot. The thermal gauge will indicate a presence in this place, and it should be documented. Moreover, thermals are more accurate than human intuition. They can detect even the slightest changes in temperature that could change how you look at the hunt.

A great way to monitor the activity in an empty room is to leave a motion-sensing camera inside. The night vision will be able to capture anything that might move in the dark. The best thing about these cameras is that you can leave them in a room to capture activity.

Whatever footage you have is not recorded, and you have ironclad proof that something was moving in the room. Spirits don’t usually move and make too much noise, but when they do, you’ll catch them with these motion sensors.

Night vision cameras can be bought with tripods to help keep them stable. Adding a tripod during the daytime will ensure smooth, stutter-free recording footage that is easy to study and use as evidence.

But, when you’re ready to record, you must ensure the room is sealed and refrain from entering. It would be a shame if you set the cameras down and an unaware team member walks in and messes the entire setup. Not only can this taint the recording, but it might change the camera’s direction and ruin the whole night’s recording.

The equipment mentioned above will give you the best out of your ghost hunting experience. It would be a good idea to ensure everything is fully charged and ready for use. Before using the equipment, read the manual carefully because you don’t want to fumble when you find something worth capturing.

These are just some of the best devices that we could think of. You may want to gauge which ones suit you best and check out more of what SpiritShack has in store. You may want to carry some Holy Water as well. You never know what you may run into.