Unfortunately, as your loved ones get older, their immunity responds slower. And that makes them more susceptible to many diseases, including Alzheimer’s disease. It is important to mention that getting old doesn’t mean you’ll obviously get Alzheimer’s or Dementia. On the contrary, many people live up to their 90s and beyond without developing the illness. Although scientists haven’t yet agreed on what would cause the condition, at times, it’s linked to the abnormal protein build-up in and around the patient’s brain cells. 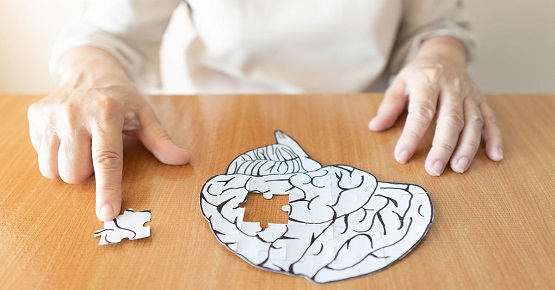 Other times, it’s attributed to brain changes due to age, patients’ lifestyle, the environment they live in as well as their genetic makeup. Since it’s a progressive disease, its symptoms differ from one individual to another. Unfortunately, at the moment, there’s no cure for Alzheimer’s. But, with professional help, its symptoms can be temporarily reduced. Remember, knowledge is power. So, whether you have a loved one with Alzheimer’s or not, this information will be quite helpful. Read on to understand the early signs of the illness and combat it before more damage is done.

This is one of the most common signs among individuals will Alzheimer’s. Your loved one might have difficulties remembering a conversation or an event that just happened. They might sometimes have problems recognizing people they are already familiar with, including family members and friends. Often, they might end up asking a question that you had answered before. Remember, this isn’t intentional; therefore, it’s your responsibility to be patient with them.

Misplacing objects is common among the general population. However, in most cases, it’s because the person had hidden it or placed the item safe in an unusual location. With Alzheimer’s disease, misplacing things happens more often, and at times, the person might have placed the object they’re looking for just in the open. For example, they might place their keys on the kitchen counter and begin searching for them in the living room. To be certain whether it’s due to Alzheimer’s or it’s just regular forgetfulness associated with aging, seek medical help from a professional.

Changes in Mood and Behavior

Rapid mood swings for no apparent reason are a common behavior among patients. Furthermore, the individual might appear more aggressive or agitated, especially when they can’t find what they’re looking for. In worse scenarios, they might start imagining things that aren’t there. At times, they might begin to hide or think that you or other family members are hiding something from them. If you notice that your elderly loved one is depressed, stressed, anxious, or gets upset and angry easily, seek medical help. Other changes in behavior include; lack of sleep, fear, and at times, the person might stop taking baths.

The person might lack the right words to express themselves. In some cases, they might halt, stutter, or find it difficult to finish a story or end a sentence. If you find that your elderly loved one keeps using filler words such as um, or losing track of what they were trying to say, it’s possible they have Alzheimer’s. In severe cases, their sentences might sound as rambling or illogical. Luckily, with professional help, they are able to get speech impairment therapy which is a great way to improve language functioning.

Tasks such as driving or preparing a meal prove to be pretty difficult for individuals with Alzheimer’s disease. Things such as writing or reading can be quite difficult. At times they might have problems putting on clothes the right way. If that’s the case, offering to help them tackle some of these activities will be of great relief for them. By letting them drive, you risk them getting lost or, in the worst-case scenario, causing an accident that can be fatal. On the other hand, allowing them to cook might result in physical harm or a potential fire hazard.

This is one of the most common early symptoms among people with Alzheimer’s illness. They start to withdraw from friends, family members, or even hobbies they used to enjoy before. That’s because at this stage the social area part of the brain is among the first to be affected.

There are many things you can do to help your relative or friend with Alzheimer’s. These include staying in touch, being patient, offering to help when need be, and most importantly, offering a shoulder to lean on. However, the most important help you give them is medical help. And the good news is, you don’t need to take them to a medical facility. With a House call doctor, the person can enjoy professional services in the comfort of their home.