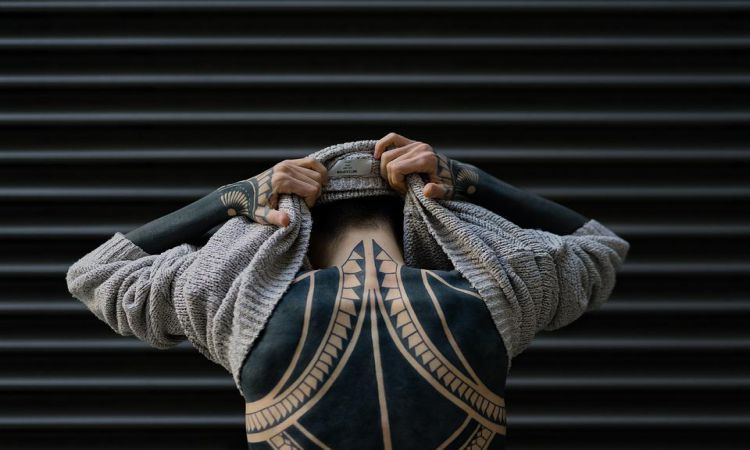 The attempt to change physical appearance through piercings, tattoos, or other mumbo jumbo was once considered “taboo.” However, times have changed, and showing up with a split tongue or a scar on the face is now pretty common. Okay, maybe not a split tongue!

Nowadays, everyone seems to have some drastic change made to their body. For such people, this is a way of expressing themselves or what they believe in. It seems weird and sometimes even unacceptable, but it is what it is.

Moreover, society seems to be moving towards this trend. And sure, the intention of doing so is lovely, but some modifications may not be safe. A few more shocking body modifications are becoming more popular but aren’t considered normal or healthy (yet). That said, listed below are some modifications you should be cautious of.

Magnetic skin implants are becoming an increasingly popular trend despite being extremely unhealthy. Many people get these implants not just because they want elements (like paperclips) sticking out of their fingers but also because it makes them look like superheroes. They also get it because it slightly alters their senses.

Unfortunately, most people don’t know that the process involves biopolymer and silicone injections, which are extremely dangerous and can lead to a severe buildup of unhealthy microbes under the skin. Apart from dangerous injectables, procedural difficulties are involved, buffering issues for axial movement, and low resistance. Thus, this is a risky modification.

If you’ve been living in a city where looking pretty comes with a massive price, such as Miami, then why not opt for a literal silicone detox? You can Google ‘biopolymer removal Miami ‘and have those foreign objects removed from your skin.

2. Removal of the conch and cartilage

Conch removal is becoming increasingly popular among those who want to stand out. Essentially, the conch is taken out and sutured up, leaving a noticeable hole from the front to the back of the ear. Cartilage removal is a procedure in which the upper part of the ear cartilage is separated to create a hole that can either be left alone or be used to hold jewelry. It is upsetting to look at and can lead to permanent tissue damage and infection.

Branding or scarring the skin was traditionally done by darker-skinned people who could not afford tattoos. The Karo people of Ethiopia and some Australian aboriginal tribes also practiced it. The visual outcome of the healed skin is primarily determined by genetics rather than the application procedure, which is a disadvantage of this type of body modification. As a result, there is a chance the outcome of these modifications does not look as good as expected. It can lead to regrets and wastage of money.

Typically, the person begins with a tongue piercing and gradually increases the size of the barbell until there is only a tiny segment of tissue on the tongue. The final piece is usually cut with a knife. There are other ways to split your tongue, but this is the most common. The only remarkable thing about a split tongue is you can train both sides to move independently with some practice. It can also cause various conditions, such as gum damage, ingestion and inhalation, oral lesions, and breathing difficulties.

Thanks to the wonders of subdermal implants, your ordinary piece of flea market jewelry can now be misidentified as an oddly shaped tumor. A subdermal implant is pretty self-explanatory: an implant beneath the skin. An instrument is used to hollow out a pocket in your flesh, and the implant is crammed in there. You can choose any elegant shape you’ve ever wanted to bulge abnormally from your skin. But again, these implants are unsafe because the procedure hasn’t been done in sanitary conditions, and there are chances of infection.

Extraocular implantation is yet another unhealthy body modification. As you all know, the eye is a slacker with some prime property estates on your face. If you don’t have nice breasts, your eyes may be the first thing people notice when talking to you. And what advantages do they have? Glasses? Bloody veins from your most recent Lysol binge? Pitiful.

Thanks to modern technology, you can now have a piece of jewelry attached to your eyeball. The procedure was developed in the Netherlands and is not widely available elsewhere. However, several states are working hard to prevent it from becoming legal because it can damage the eyes.

Corset piercings are, unfortunately, what they sound like. They’re surface piercings designed to appear like a corset. A corset piercing involves piercing holes in your back and knotting yourself together like a moody, dark shoe. The disadvantage of appearing perfectly gothic is that the piercings are usually only transitory and will almost always degrade into swollen, contaminated, nasty holes. This is because jabbing holes in your back is not a smart option. Permanent piercings appear possible if you’re prepared to go the extra mile to ensure you have recovered back holes to hang your keys.

So these were some of the most extreme and unhealthy body modifications people have undergone. There is also a chance for many other self-expressive people to follow suit. Furthermore, the point of calling these modifications “dangerous” or “unhealthy” is not to discourage you, but to nudge you along a safe path. You don’t need permanent tattoos or any form of BS on your body to have a personal narrative. Your existence is enough. But, at the same time, the choice is yours.