Home
Law
Can an attorney help me if I’m accused but not charged with a crime? 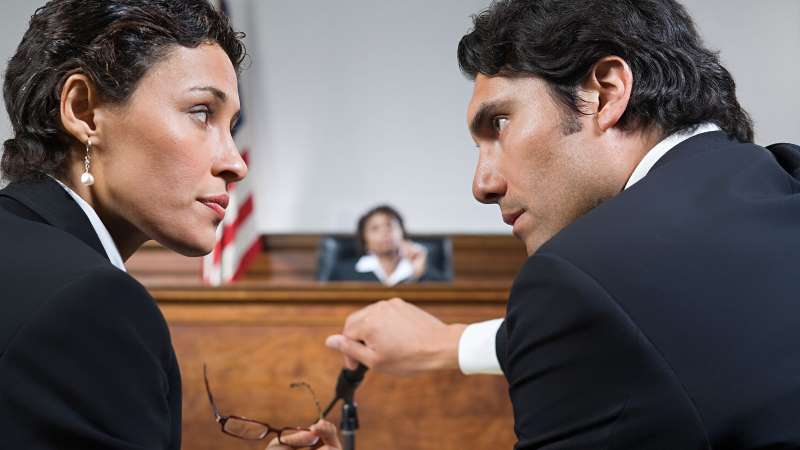 So you’ve been wrongfully, prosecuted, or then exonerated for breaking the law, but you didn’t break the law to begin with? Do you have legal options?

Well, there’s several different legal claims that may come into play in the event an individual is wrongly prosecuted or falsely accused of breaking the law. Common claims that come from such incidents include false imprisonment, malicious prosecution, or defamation of character. Thankfully, we’ll be covering both types of scenarios so that an individual will be able to understand the requirements and legal concepts behind these claims.

Haven’t Been Exonerated Yet?

If a criminal charge is what you’re facing, such civil actions will not be helpful. What you’ll need to do is navigate the justice system before the civil claim is available. To do this, you’ll need assistance from a private criminal defense attorney or a public defender.

There’s two main of cases that involve defamation: slander and libel. Yes, both involve false, harmful statements that can seriously damage one’s reputation, yet libel cases need such foul statements on paper or information that was “published.” For slander cases, all that is needed is the defamatory statement be told to someone who is a third party (aside from you.)

In several instances, the damages (collateral damage from the slander and/or defamation) are handled differently. However, this depends on whether or not the statement was considered slander or libel. Many slander or defamation cases begin with the state you live in and what they consider slander or defamation, then you’ll be able to compile evidence in your favor.

With malicious prosecution, it lets one hold another civilly liable if they have initiated a civil or criminal case against you, even if they know that their allegations are not true and were done with a wrongful purpose. In addition to this, one must receive a ruling or judgement in their favor regarding the case, in spite of such circumstances.

Why You Shouldn’t Self-Represent

Representing yourself is an extremely difficult given the gulf between practice and paper with criminal cases. Sure, one can read up on laws that mandate courtroom procedure, fix punishments associated with the violation in question, and understand the defined laws they’re being charged with. Then, assume they understand the legal system and represent themselves.

Sadly, this avenue is optioned and it ends up being the worst decision one can make. Why? Well, one can’t become a criminal attorney overnight by simply reading books. That’s right, cases as such need to be handled by an experienced attorney who knows what his clients will be thrown into in court – as it can sometimes be unpredictable.

Prosecutorial discretion – the power of the prosecutors who decide on whether to file criminal charges and/or what charges will be filed – has a major influence on what happens in court. When it comes to the outcome of a case, it’s the prosecutor who makes the major decisions and how those decisions are made. For example: An act that may look like one specific crime on paper can easily be recast as a plethora of other criminal activity, which can either be large or small additional crimes. In a book, what may seem like a sentence for an individual crime can be stretched into a wide range of other alternatives.

Pressure from the Community

The roles that politics, values, and community pressures play in criminal cases should not be underestimated. Some judges are standing for re-election, the prosecutors are looking to be successful, and the police are expecting the crime reports to help the charges cases go through due to their work. The public may demand the system “gets tough” on you given the information they have been provided. If we lived in a perfect world, the system would not have these issues, but it isn’t what happens in court. So given these circumstances, it takes an attorney who is familiar with such cases to know how such pressures can affect the case and how to handle them. Criminal law is shifting, hidden, and vast, so entering it alone is too much for one individual.

Considering the information above, there’s quite a bit of information to take in if you’re suffering from an accusation that has not resulted in a crime. Thankfully, our professionals are on hand who know how to handle such cases in the event you’ve been wrongfully accused of committing a crime. So if you’re accused of a crime, contact us today so we can help you clear your name!