Home
Tech
Do you know how to uncover that annoying unknown phone number?

Telephone spam is, at best, annoying, and can even be considered telephone harassment in the most extreme cases. If you have no idea how to uncover those annoying unknown phone numbers, you are here at the right place. We will show you how to identify spam numbers and block them on your smartphone.

Murphy’s Law never fails: it is enough that you want to rest for a while, take the opportunity to take a short nap, or simply disconnect to watch a movie or series. And just when you are in the best moment you are interrupted by that commercial that has been calling you for a week to change your mind. 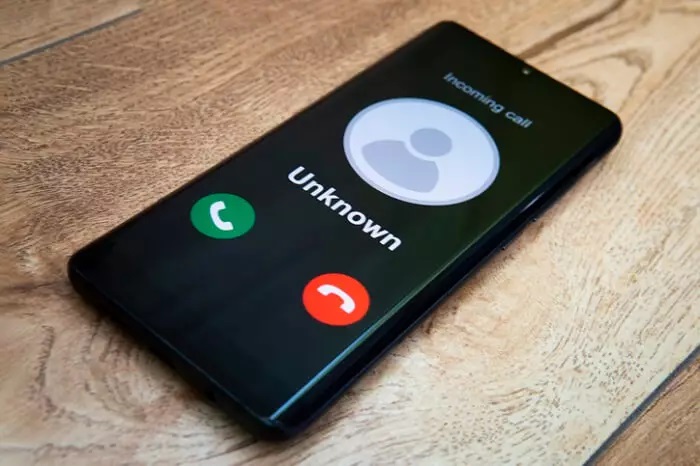 Surely, this situation is very familiar to you since it is one of the most common scenarios of telephone spam, although it is not the only one. We will show you how to learn if the number that is calling you is spam and how to avoid them from targeting your smartphone.

Whose phone is this?

Aggressive or unethical advertising companies often hide their phone numbers behind long switchboard numbers or behind hidden numbers. This practice has no other objective than to avoid call blocking systems, or to prevent users from being able to identify them and not answer.

However, there are many who choose to show their phone number knowing that a lot of users never answer calls from a hidden number. In that case, you can always look up the number that called you to determine if it is spam or not.

When they use a normal number that you do not suspect, the first call is inevitable, and it is the one that marks the thin red line that separates the commercial call from a company that uses valid means of promotion to advertise real campaigns from spam campaigns or scams that call massively and disrespectfully.

An example of such a helpful site is PhoneHistory, a page that offers information on the type of calls received from a certain number. You can check both mobile and landline numbers there.

To use it, you just have to open the website, enter the number that called you in the search area, and click on Search. Next, all the public information about the activity that has been registered for that number and its history will be displayed.

This website is very useful as it doesn’t only reveal the name and address of the caller but you can also grab the caller’s personal info, current carrier, city, state, area code, and much more.

Checking with these types of sites is a very useful resource to block unwanted numbers and prevent them from bothering you more in the future.

The most recent versions of Android have a caller ID system through which it is possible to easily block spam calls so that they do not bother you anymore.

In fact, it is a semi-automatic system that detects if a number is suspected of telephone spam but ultimately leaves it to the user to decide if the number should be blocked or if it is connected to “ethical” business calls.

To enable this, you just have to open the Phone app and tap on the options icon in the upper right corner to choose Settings and caller ID, and then spam. In this section, tap on the switches of these functions to activate them and allow them to do their job.

As a general rule, this function works from the second call you receive from a certain number, during which the smartphone asks you if that number should be marked as spam.

If you want to mark a certain number as spam to block it, you just have to access the Phone app and, from the Recents section, make a long press on the desired number. In the menu that appears, tap on the option Block / Report as spam, check the box ‘Mark the call as spam’, and accept the block.

If the number that calls you has already been reported by other users as spam, it is possible that on the screen of your smartphone it will be indicated as Suspected of Spam even during the first call, so it will right away offer you the option to block it without answering.

Another possibility that you have at your fingertips is to filter and block spam calls by phone and by SMS through a third-party app. When you install it on your mobile, it will replace the native Phone app to check that whoever calls you is not a number marked as spam.

In this case, we recommend TrueCaller, an app available for both Android and iOS, with which you can put an end to the inconvenience of telephone spam once and for all.

This app has a free version that gives you the features you need to filter out annoying spam calls and SMS. In addition, it also has a paid Premium version to unlock additional features.

This app has a database of numbers classified as spam that it uses as a reference to filter your calls, immediately blocking those numbers that already appear in its database as spam.

TrueCaller is basically a phone app with advanced options that allows you to manage the calls and SMS you receive, marking them as spam. All content is displayed in the bottom bar.

By touching the Messages icon, the SMS is displayed, in which you can select which ones are considered spam. These messages will move to the Spam tab at the top. You will no longer receive messages from these numbers.

If you touch the Calls icon, located in the center of the bottom bar, the call log appears, showing which numbers have been identified as spam.