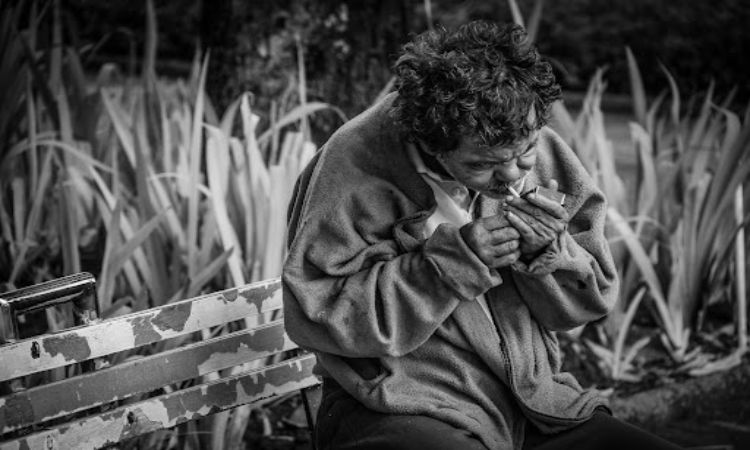 There comes a time in everyone’s life where they may not act as the best versions of themselves. Everyone has issues, and they deal with them in personal ways. Some people choose healthier ways to cope with life’s stress, and others don’t. It’s not for us to judge why people abuse drugs; rather, it would be better to lend a helping hand and bring them out of the bottomless pit of substance abuse/ addiction. Visit here to get information about Addiction Treatment Center in Illinois .

It’s easy to point fingers at addicts and claim that they have thrown their lives away, but you don’t know how many times they tried to stop. Withdrawal can be one of the most challenging times in your life. Many people would rather stay addicted to drugs than deal with withdrawal.

The worst part is neither the addict nor the general public knows much about the withdrawal procedure, to begin with. This article will shed some light on drug withdrawal and what you can expect from the road ahead.

Hallucinations, delusions, and reality impairments are common side effects that come about when you leave an addiction after several years. Though they may be acute and wither away after a while, dealing with these issues can be extremely difficult for the client’s family and friends.

You can’t deal with these symptoms at home and should seek professional medical and psychological treatment. It would be wise to find a rehab treatment center that deals with these kinds of issues. Not only does the client need psychological assistance during this time, but they may need physical rehabilitation as well.

After years of drug abuse, the mind may compensate for the lack of dopamine and cause psychoactive symptoms in the person’s brain. Bizarre delusions and hallucinations should be expected for a few days after withdrawal.

One of the worst things about withdrawal is that you can’t seem to go to sleep for the first few days or weeks. The body goes into overdrive, and as much as you want to, you can’t get any sleep whatsoever. It’s a vicious loop because rest is crucial for the recovery phase, if you can’t get the rest you need, the withdrawal symptoms are likely to remain the way they are.

Tossing and turning, irritability in bed, and general discomfort are just some of the things you should expect when breaking the drug habit.

Doctors may occasionally prescribe medicines to help you sleep during this time, but even those may not always work. Some claim that melatonin helps them sleep when suffering from withdrawal. There’s no harm in trying; after all, it’s natural. However, please consult your doctor first.

The loss of energy that recovering addicts face is profound. Some accounts state that they don’t have the physical stamina to get off the bed or reach for the remote to change the channel on the TV. Cutting off a substance you have been using for several years will undoubtedly take a toll on your physiology.

You mustn’t lose hope during this time. Avoid staying stationary and make sure you get enough food and water during this time. In an already weakened state, you don’t want to further aggravate the situation by becoming malnourished.

Eat, drink and walk around a bit, withdrawal doesn’t last forever, and you need to get your life back now.

The body goes through unpleasant changes during this time. It’s purging itself, and you must deal with whatever it throws your way. You may randomly break into a sweat in the night. Expect an extreme level of uncomfortable sweat, which can be a hassle if you finally try sleeping.

It’s hard enough that you can’t sleep in the first place, but to be in such an uncomfortable state only adds insult to injury. A cold shower might help but, how many showers can you take in the day? It would be best to keep a check on yourself for another few weeks until the withdrawal goes away.

People suffering from drug withdrawal will have major mood-related issues in the days and weeks after cutting the habit. It’s important to realize that these people don’t have any personal grievances against you. It’s just that their mood is fluctuating, and several issues are bothering them.

Remain calm with your loved ones; they’re going through a tough time and need your support throughout the process. You may notice a fair deal of anxiety in their moods as well; it’s just one of the many mood symptoms that pop up during this difficult time.

Common physical issues such as diarrhea, nausea, and vomiting can be expected. The body is purging itself, and there will be some issues with your stomach. Moreover, as we mentioned earlier, gastrointestinal issues are some common side effects of anxiety.

Though they may not be life-threatening, stomach issues can complicate the already uncomfortable situation. The last thing you need is running to the bathroom when you don’t have energy and are desperately trying to sleep.

These are perhaps the worst symptoms that you can experience during the withdrawal phase. Seizures can cause brain damage if they last too long, so you might want to get the patient to a hospital before it’s too late.

Though seizures are synonymous with alcohol withdrawal, it’s not unheard of for them to occur during drug withdrawal. They may continue for a few days or weeks. At this time, you may want to stay close to a hospital if possible or get in touch with a doctor at the earliest. It would also be wise to learn what first aid to give when someone is having a seizure.

Different drugs will have various withdrawal symptoms. The frequency of use, the type of drug, and how you quit the habit will all affect the withdrawal symptoms that you face. We have merely given a general overview of the common issues people may face during their withdrawal period.

We know that the road ahead is hard. However, it’s likely to get even more complicated if you continue abusing drugs. Take charge of your life, go through the pain and make your way out of this darkness with your shoulders back and head held high. This is your year.