Home
Health
How Do Vaccines Work?: A Complete Beginner’s Guide

Yes- vaccines work and there is no respectable data that shows they cause autism. We wanted to get that out of the way first.

Jenny McCarthy, who is known for popularizing the Anti-vaccine movement, has even come out and apologized (sort of) for spearheading the movement.

Now that that’s out of the way, let’s talk about the science behind vaccines. How do vaccines work? What is herd immunity? What percent of the population needs to be immunized for it to work? 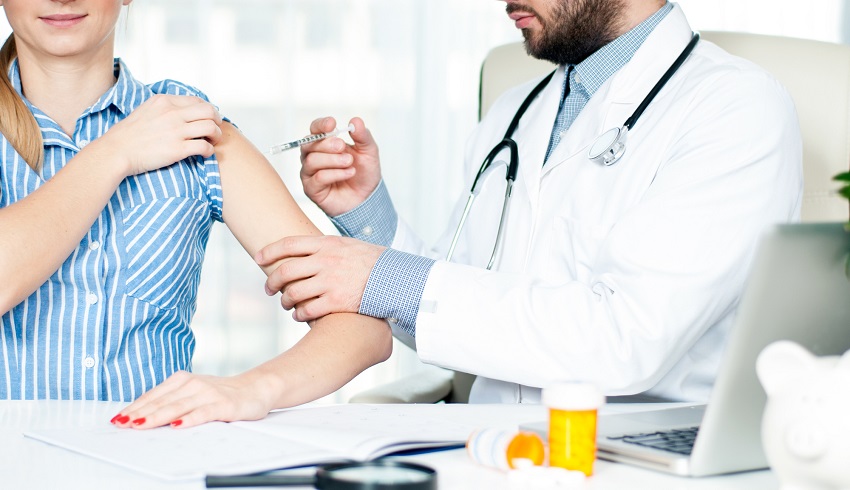 We’re answering those questions, below.

Now, How Do Vaccines Work?

You can think of vaccines like exposure therapy. They give a minuscule dose of the illness to the body so that it can practice and prepare for being exposed to the real thing.

In scientific terms, the vaccines contain antigens (small molecules) from the disease that get injected into your body. Those antigens show your immune system, “Hey, heads up, this is what measles look like” so that your body can make antibodies that properly fight that disease.

Your immune system will create antibodies that fight the disease in question, fight off the very small amount in the vaccine, then file the plans away, kind of like a blueprint.

That way if you’re ever exposed to the measles, your immune system doesn’t have to waste time recognizing the disease as a threat and then developing the correct antibodies.

It essentially says, “Measles acquired” and then pulls the blueprint out of the filing cabinet and informs cells to produce that model of antibody, and go fight it.

To help you wrap your head around this concept, here’s a real-life example.

In law, there’s something called “case-precedent“. This means in the case where there’s not a specific law that matches the situation exactly, lawyers can make a judgment based on how past similar cases were ruled.

So if a president was about to get impeached, per se, the first impeachment would be the vaccine (precedent) and the full-fledged virus would be the current case.

What is Herd Immunity?

Herd immunity is a rare scientific term, in that it is more of a visual description than anything else. Think about a herd of animals that’s about to get attacked.

The strong protect the weak – right? Maybe the whole pack will circle the babies or the elder of the group, to give them extra protection.

Herd immunity with vaccines works the same way. Some people have legitimate reasons to not be vaccinated (that are medical and not personal). They are the minority.

So if the majority of people get vaccinated, they protect the minority, and can essentially eradicate the disease – as we’ve seen with things like Polio.

The actual percentage of the population it takes to establish herd immunity varies based on the pathogen, but it’s at least 50% – so please do your part! Want to do even more? Read this so you know more about the new COVID vaccine that may be coming out soon!

The Science of Vaccines

There are levels of data quality in science. Just like there are levels of meat quality. The study that made people not trust vaccines was very low quality, and therefore should not have been applied to the entire population.

Essentially, the study that made people not trust vaccines was like a bad apple. One bad apple, doesn’t ruin the whole bunch – you know?

We hope this explanation of why and how do vaccines work made sense. If you enjoyed this bite-sized educational content, find more on our blog!