It’s happened to most of us at some point: you’re stuck somewhere, and there’s no WiFi network you can connect to. What do you do?

As it turns out, this situation isn’t as annoying as it seems. See, you already have a source of internet on you: your phone. If you set up a personal WiFi hotspot on the phone, you can use another device to get online. 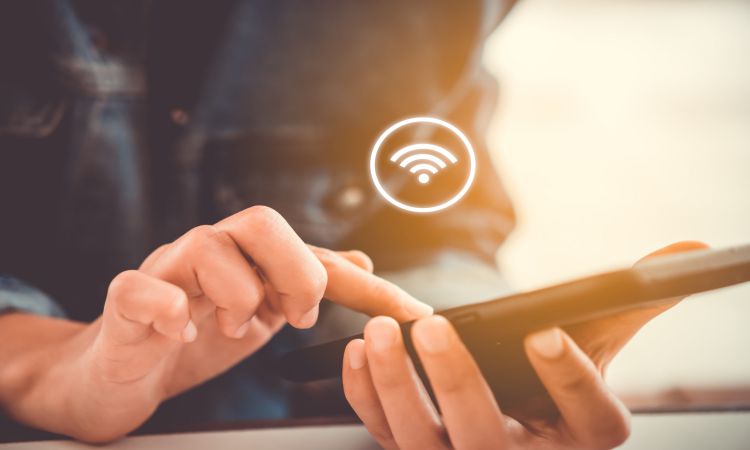 Need some help with setting things up? Here’s a quick guide to creating a WiFi hotspot on an iPhone and Android phone!

Setting Up an iPhone WiFi Hotspot

In the Personal Hotspot window, toggle on the Allow others to join option. Then, set up a WiFi password to prevent uninvited users from connecting to your network. Make a note of the password somewhere.

Now, take the device you want to use to connect to the internet. Open the WiFi menu on that device and look for your iOS phone. Select it, enter the password when prompted, and you should be able to surf the web.

The quality of your surfing experience will depend on your mobile data connection. If you’re having issues, try toggling Maximize Compatibility on. When enabled, your mobile hotspot will broadcast in 2.4Ghz.

Setting Up an Android Mobile Hotspot

On Android phones, setting up a WiFi hotspot is a bit tricker. How tricky? That depends on which device and version of Android you have.

Start by going to your Settings and tapping on Network and Internet. This should lead to an option called something like Hotspot and Tethering. On Samsung phones, you’ll find this option under Connections.

Tap on Hotspot and Tethering, and you should see a WiFi hotspot at the top. By tapping on that, you’ll be able to choose the name and password for your network. From there, the process is the same as on the iPhone.

Things to Keep in Mind

As nice as having portable internet can be, there are some downsides to it. For starters, there’s the matter of unexpected charges.

Different carriers have different rules when it comes to using your phone as a hotspot. Most carriers include this in their plans, but it counts against your data allowance. On top of data, hotspots eat up battery life.

Even with “unlimited” data plans, you may run into restrictions. For example, streaming video to your laptop may cause throttling. This is a common byproduct of reaching a data limit, so check your plan for the fine print.

Keep in mind that a strong 4G signal can provide fast internet speeds as well. Instead of your phone, you’d use a portable 4G hotspot such as the one seen here. Bluetooth is a bit slower, but it can also be an option.

No matter which phone you have, you can turn it into a personal WiFi hotspot in a few taps. The above guide explains all you need to know! That said, keep an eye out for your phone’s data usage and battery life.

Want to know more about how to set up an internet connection outside your home? Keep checking out our Tech section!