Home
Automotive
Is Having Car Paint Protection Film Worth It? 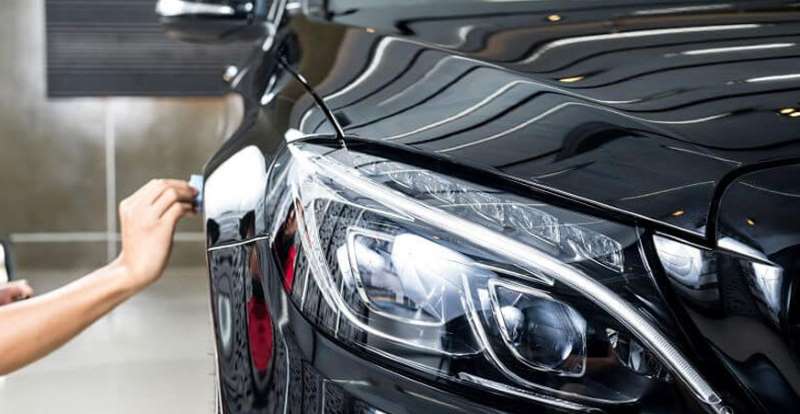 The paint of your car is among the parts that are exposed most of the time. Fortunately, you can do something to keep up its quality, and one of these is through using a paint protection film for your car. Just like what its name means, it serves as a barrier for harmful UV rays to make your car paint last longer. However, is it worth it to have car paint protection film, or is it only a trend that tricks every vehicle owner’s mind? For that, you should find out more about this by reading the content below.

WHAT ARE PAINT PROTECTION FILMS?

Although you might have heard or seen about car paint protective films at some point, you just probably failed to recognize it since it goes by multiple names such as clear mask, invisible shield, clear wrap, clear bra, etc. Regardless, it’s mainly composed of three layers: adhesive, polyurethane, and clear coat.

Now that you have acquired some idea of what’s supposed to be on top of your vehicle’s paint job, you should know better about what it does to your car in general and its paint.

Over time, your car’s invisible shield will wear out and age. At this point, you would want this worn-out clear wrap to be removed and replaced. Other vehicle owners tend to worry that the adhesive might leave remaining spots on their cars and destroy their appearance even after installing a new film. Fortunately, this rarely happens in cars. The paint protection film can be easily removed, particularly its adhesive. However, it would help if you make sure that an expert will do it. No one would even know that you installed a clear film on your vehicle at all.

Help You Save Money Eventually

Due to several factors, your car will, unfortunately, not be as flawless as when you purchased it the first time. Because of this reason, you need to make sure to bring your vehicle to your trusted auto shop right away and get it repainted. You should do this tip probably after every two years. Though, this depends on how frequently you utilize your vehicle. Moreover, you would also need to get it waxed to give a shine and sparkle to it once more. However, keep in mind that this car wax will melt and soon lose its effect since it’s sensitive to heat. So, you should bring it back to a reputable auto shop and get your car waxed again.

Protection from Weather and Scratches

The main benefit of having a paint protection film installed in your car is to ensure that its paint will not have scratches even though a rock accidentally drops from the above or you unintentionally scratched it with your keys. Keep in mind that the film is made out of materials capable of returning to its original state. Meaning, the scratches did on the clear film’s surface will end up unnoticeable after just a while.

Aside from accidental scratches, such particular films can help keep your vehicle paint from fading. If your car paint is constantly exposed to the sun’s UV rays and the dynamic climate or temperature, it can greatly take a toll on the paint. Hence, you need to install paint protection film on it to ensure that it’s protected.