Solar energy is a renewable energy resource and is one of the most abundant energy sources available to us on Earth. Effectively, solar power is energy that comes from the sun and has been converted into either electrical or thermal energy. Solar energy can be used for a wide range of purposes, including generating electricity, heating water, and providing light. 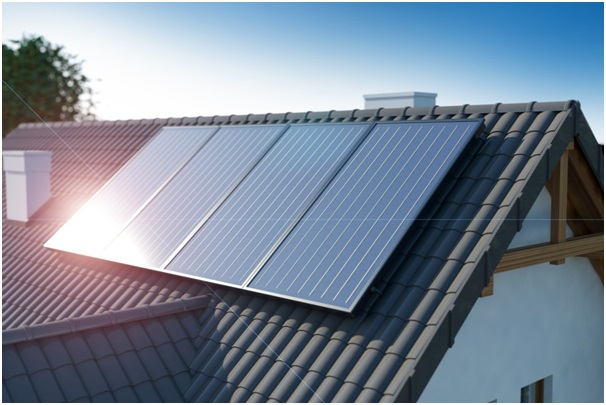 What Is Renewable Energy?

In its simplest form, renewable energy can be described as energy that is available and does not diminish. Solar energy, for example, will not diminish regardless of the rate of use (at least, that is, until the sun’s death in around 4.5 billion years).

Solar power is an accessible, affordable, and increasingly prevalent type of renewable energy in the United States. It is as simple as installing solar panels on your roof and you will be able to harness the energy of the sun for your family’s energy needs. This helps to protect the environment, given that it reduces the dependency on non-renewable energy sources.

Non-renewable energy, on the other hand, comes from energy sources that will not be replenished. Examples include crude oil, fossil fuels, coal, natural gas, and uranium. Such forms of energy are usually bad for the environment and produce carbon dioxide as a byproduct.

What Are the Benefits of Solar Panels?

More and more households in the United States are realizing the benefits of solar energy and installing solar panels on their properties. The roof is a suitable location for solar panels as this space is generally exposed to direct sunlight during the daytime.

Some of the benefits of solar panels include reduced energy bills, less dependency on the grid, and the ability to earn money by selling excess solar energy to the grid. Solar panels are also a great option for people interested in protecting the environment. Over the 20-25 year lifespan of solar panels, households can save thousands of dollars.

If you have been considering making the switch to renewable energy, solar panels are a wonderfully affordable and green option. Click here to learn more about installing solar panels at your property.

Discover the Benefits of Renewable Energy for Yourself

Solar energy is an abundant and popular renewable energy resource. An increasing number of US households are choosing to install solar panels on their properties in order to protect the environment and make significant savings on their monthly energy bills. Compared to types of non-renewable energy, solar panels are the energy of the future.

Like this blog post on renewable energy and the benefits of going green? Be sure to check out our other interesting articles on our blog post today.