Home
Service and Business
Packing your stuff when moving is a nightmare, which you can easily escape 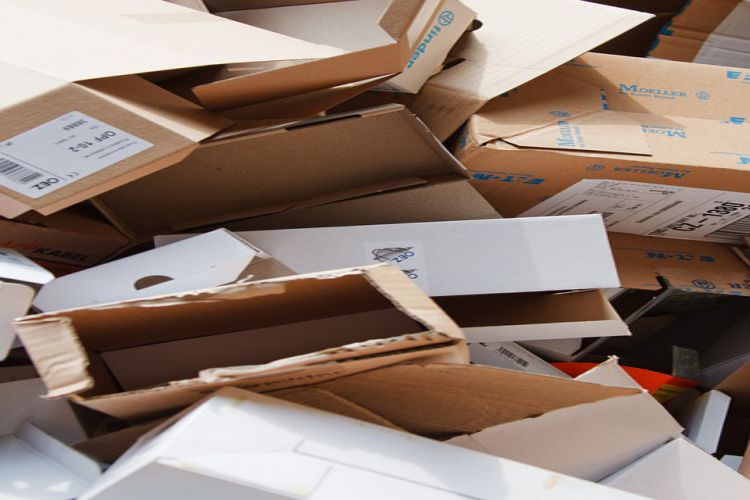 Packing up and carrying one’s belongings is the biggest worry when moving home. 70% of all who change their permanent residence agree that this is the most stressful aspect of the whole ordeal. That is a conclusion of a nationwide survey conducted by Fantastic Services, one of the biggest names in the removals and storage industry and one of the most prominent home service brands in the UK.

The problem with hoarding

31% of respondents agree that packing their belongings was extremely stressful when moving homes. It’s mainly due to the fact that people get way too attached to objects that have little to no actual value. In fact, about 6% of UK citizens are hoarders, which is admittedly a way too extreme case, but the fact that almost three out of four people feel anxiety when they need to pack their stuff shows that this mental disorder is inside each and every one of us. Thankfully, most people keep it under control.

The whole process is stressful, not just the packing.

However, sometimes the whole ordeal is what creates the anxiety in the first place. For example, researchers have shown that unpacking in a new home takes a month on average, while every tenth person will tell you it took him about a year to unpack completely. This is a time when while you have already moved, you’re still not feeling at home, and you feel some kind of distress.

Fantastic Services’ survey also points out that about 39% of people find packing and storing their belongings mildly stressful. This shows that even if moving your stuff is not at the top of your mind when switching homes, it’s still bothering most people.

Even among the 23% who don’t find packing up their stuff stressful, 15% admit that while it’s not the end of the world, it’s definitely not something they look forward to. So while 70% admit they are stressed about moving their possessions to a new home, about 85% of people find it somewhat troublesome.

The survey shows that women are much more prone to stress over packing and moving their belongings, as three-quarters (75%) find it to be a difficult task, which can take its toll. Of them, 36% find it very stressful, while 38% claim it’s pretty stressful. Another 13% would argue that packing their belongings is somewhat stressful but nothing to cry about.

On the other hand, 64% of male respondents admit they find it stressful to pack their bags. Only a quarter, however, would say it’s the most stressful thing about moving homes, while another 40% will agree that it’s pretty stressful. In addition, 17% will claim it’s hard but not as stressful as other aspects, and 12% will be adamant that it’s not stressful at all.

People of all ages find packing their stuff stressful

It’s interesting to see how the different generations perceive this aspect of moving homes. The youngest generation (those aged 18 to 34) find packing their belongings troublesome, with 67% claiming it’s stressful. Only 25% of them, however, agree that this is the most stressful aspect of moving homes, while 42% find it pretty stressful. Another 16% agree it’s stressful but nothing to get worked about. The moderately low level of people who see packing their belongings as the most stressful part of moving is probably because of the relatively small amounts of belongings they can move. Also, for most of them, this will be their first home, so they don’t have any significant furniture that might need to be moved, and naturally, they have attachments to far fewer things. Also, many young people use their parents’ homes for free storage, reducing stress immensely.

On the other hand, middle-aged (those aged 35-54) are the most stressed about this aspect of moving homes, as 76% of the respondents agree that packing their belongings was stressful. From them, a whopping 35% claim this was the most stressful part of moving homes, while 41% agree it was pretty stressful. 14% claim it’s hard but not that stressful, and only 7% are adamant that packing their stuff is not stressful at all. This is mainly because they often already have one home and are probably moving to a second one, meaning they have far more things to move, have formed stronger bonds with their belongings, and attribute some memories to specific items. For example, the carpet where their baby took their first steps. Thus leaving some stuff behind might prove significantly harder for them than for an 18 to 34-year-old.

Interestingly the oldest generation is the least stressed about moving homes. Only 2 out of three people who move homes will stress over packing their belongings. About 31% of them find it extremely stressful, while 36% are somewhat stressful. 15% agree it’s not very stressful, while 8% are adamant it’s not stressful.

Logic would dictate that the eldest should be most stressed about packing their belongings, as they have the most memories. However, two factors help them deal with stress. Firstly, many people from this generation have already gone through at least two moves—some even more. So they already have the practice and know what it’s like.

Naturally, correlation does not necessarily mean causation. Though in this case, it’s hard to argue that having people safely and rapidly pack, move and unpack your belongings is not helping you deal with the stress of moving homes.

What you should take from all of this

Being stressed while moving homes is completely normal. After all, you are making one of the biggest moves in your life, and it’s normal for it to take its toll on you. However, if you are not young and this is not your first home, you should probably trust the moving process with a professional company, as this will save you a lot of stress and headaches. This way, you will only have to decide what to leave behind, which is a hard enough job alone.