We’re doing something really cool and taking a look at a lost character that technically existsbut you never get to see in Animal Crossing New Horizons, it’s a fun one. 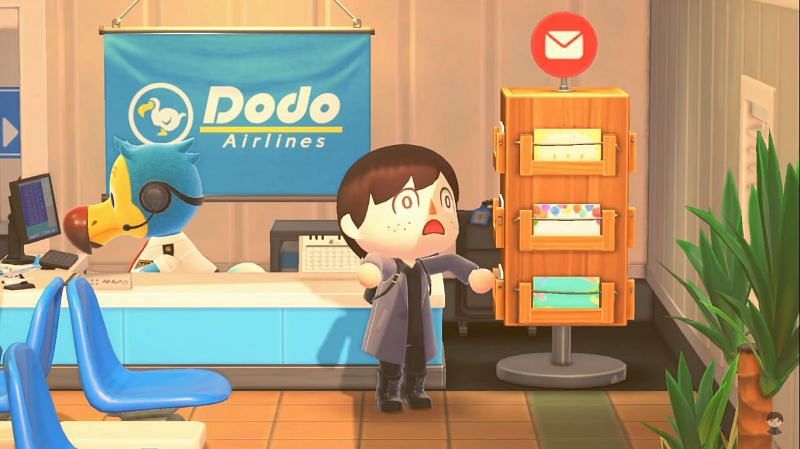 Animal Crossing franchise dates all the way back to 2001 when it debuted and released on the Nintendo in Japan. Since then with a number of ports and new mainline games, it has accumulated somewhere in the region of 60 million sales across eight different consoles worldwide, which is super impressive. In this time, we’ve met some fan favorite characters such as Tom Nook the Tanooki who loans us everything including ACNH bells we need to start a new life. The Able Sisters who have appeared in almost every mainline game and helped us to buy and create a variety of ACNH clothing items. And more recently Isabel who would do anything for anyone. Now since 2001, we’ve seen countless villages over the years come and go, as well as special characters who either work in town permanently or visit randomly as they travel through. So you could say it would be fairly easy to miss one. But with that said it’s even easier to miss them if they were completely unused removed from the game and forever lost to the world.

One character in particular who went undiscovered for many years and several generations was this adorable Squirrel character. Now there’s quite an interesting story behind this character as she’s been labeled with a variety of names in the last couple of years. When she was originally discovered fans of the franchise nicknamed her Blazel as she closely resembles two other squirrels called Bliss and Hazel. These two characters were originally Animal Crossing islanders rather than villagers so to make things and ACNH Nook Miles Tickets a little more confusing have since been renamed to Caroline and Sally respectively. Anyway once Blazel’s Japanese name of Shakitsu was discovered in the game’s files, it was then translated to chestnut and somewhat more appropriate for a Squirrel. However thanks to recent data miners and professional translators, it has since been revealed that Chestnut was actually a mistranslation and in fact more accurately translates to the name of Crisp, but given she never actually received an official english name she can easily be referred to as any of the above.

Given there are a number of squirrel characters in the franchise, you may think Crisp the squirrel was just another ordinary villager but seemingly cut from the game. Now while that’s mostly true, Crisp was referenced by the name “ac_ev_dokutu” in the game’s code referring to actor event Dokutu. And based on the ev label, indication was in fact a traveling special character much like Crazy,Red, Sahara, Wendell and Joan amongst others. So it seems at one stage during the game’s development, Crisp was initially intended to be a traveling squirrel who like many other travelling characters would only be encountered on random days.

Chris did also have some text associated with her in the game’s files, confirming she likely had a greeting or catchphrase of the saying “torya” which doesn’t seem to have a direct translation, but is possibly a Japanese phrase used to describe a sound. Anyway with textures and only a handful of text files, it’s easy to assume Crisp was removed late into the development. However we can piece together a little more information about Crisp using the “ac_ev_dokutu” keyword Now “dokutu” is likely a shortened keyword for “dokutoru”. And okutoru is a katakana rendition of the word doctor which suggests Chris was some sort of traveling doctor. Shortening keywords like this was a popular trait in the game’s code. It seems some researchers have reported additional strings such as sick and patient have also been discovered, so may support this theory. Anyway, the most common theory for Crisps role in the original Animal Crossing games does appear to be a traveling doctor, who may have somehow helped players with a healing mechanic, most likely when they were stung by bees for example. This is a game supported by the fact that the medicine we use today that you can buy from Nooks or receive from villages wasn’t a feature in the game until the enhanced port on gamecube, so it makes sense.

Now with the help of translators, recent data mines have suggested Crisp may have also been associated with methods used for growing flowers, so new speculation suggests she may have had connections to early garden mechanics too. Some researchers believe that dokutu was actually referring to dokutsu which means cave or opening of the ground, so with this alongside, her Japanese name being an onomatopoeia and describing the sound of something like an action for example a Crisp wind. Believes she may have been responsible for burying things similar to her squirrels hide or bury things in real life. Unfortunately, Crisp and her mechanic whatever it was was of course cut from the game most likely due to time constraints or lack of functionality, which is a real shame. If we can have police dogs pirates and fashion designers, we definitely think there’s room for a doctor or two.

Anyway moving on all is not lost and as you have probably guessed by now Crisp can in fact be spawned into the game using action replay codes and other hacking techniques. Depending on how she has spawned into the game, she will take on one of two sets of data. The first is a character with gable text as a name, which is the result of the game not being able to find her character’s name, so basically assigns a default name to stop any errors occurring within the game. This converts to Johnny B as if she didn’t have enough names already, but is technically nothing more than a fallback for any special character should an error occur. In this instance, she will use captain’s dialogue while acting as a special character. The second is a character that although looks like Crisp will take on Jambtte’s name, this is something to do with accessing villager data and Jambette’s data being the first index in the data structure causing this to be the default data. Once spawned into the game, Chris can pretty much act like a normal villager living alongside the player which is pretty cool.

So there we have it that’s the lost potential travelling doctor special character Blazal Chestnut or Crisp depending on what you prefer to call her. Crisp seems to have been in the game from the very beginning and although partially overwritten and removed at the last minute remains in the game files all the way up to the Animal Crossing versions on gamecube some two ports later, which led to her discovery which is pretty cool.