Home
Parents and Kids
The Double-Edged Sword of Pregnancy

Getting a pregnancy test done can be an exhilarating, exhausting, and even worrisome task for many. We have the preconceived notion that everyone who has to take a test is hoping for only one answer, but the truth is far from that. In reality, not every woman is looking to get a positive pregnancy test, and not everyone gets happy with a negative result as well. There are a large number of women who are getting poked and prodded just so they can make a baby and there is also a growing number of women who are not inclined towards having a baby. These are just the two extremes. There is a whole other population in the middle, figuring things out things as life flows by. 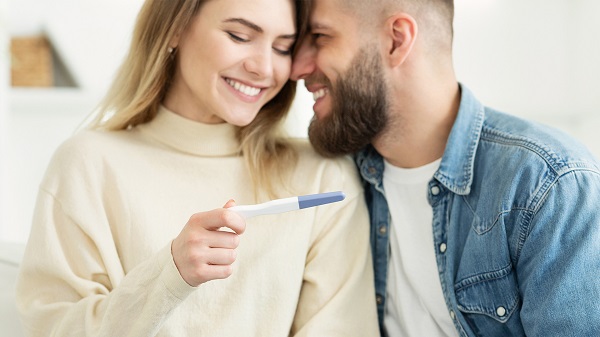 There is a certain stigma around pregnancy before marriage, it is frowned upon and is considered as a roadblock for the rest of the arenas of life. Everyone has an opinion and judgment to pitch in for the women going through similar situations, where the only opinion that matters is that of the woman who has the sole power to make the decision that she deems fit for her body. Being unmarried and having to take a test is anxiety-inducing to an unimaginable level. The few minutes that it takes for the stick to turn color is all it takes to imagine a totally different life, one that you didn’t see coming so soon, you imagine the controversies and drama this is going to create and about a million other things that could go wrong.

Unable to make a baby or not wanting a baby is again looked upon with concern and pity, it is a symbol that somehow makes her less of a woman. Motherhood is taken for the ultimate crown of womanhood, if you refuse to go down the path the rest of the life you will be treated as a major part of your life is missing and if you are physically unable to get pregnant then there is a whole industry ready with big needles and white beds to achieve a successful pregnancy. Now, if a woman wants to go through this process it should be done only because that is exactly what she wants and not because of the world who tells her that this is the next natural step to go about. Besides, You can recognize the journey to become a parent, through surrogacy, which is filled with emotions.

Women who get absolutely happy when the stick turns pink, there is so much content and glee in knowing you have gotten whatever you hoped for and whatever that lies ahead for you is a beautiful journey to embark upon with your near and dear ones. Ultimately, the pleasure lies in the fact that things that you want to come your way eventually and whatever lies ahead is completely in one with your wants and happiness.

The next time you take a pregnancy test, remember, this single stick does not define you. Your life is only yours and whatever you want to do with it and however, you want to carry it forwards is all yours to decide. The world, the society, your family, your friends everyone might say otherwise but at the end of the day, you and only you matter.