Home
Law
These Are the Main Types of Child Custody

Less than 50% of American children will make it to the age of 17 while still living with their biological, married parents.

Divorce is a common occurrence in today’s society, but that doesn’t mean it has to have negative effects on children’s lives. In many cases, have two parents who are happily separated provides a better living situation than parents who are married but unhappy. But, to live a healthy and happy life, children need stability provided through an agreed-upon custody arrangement. 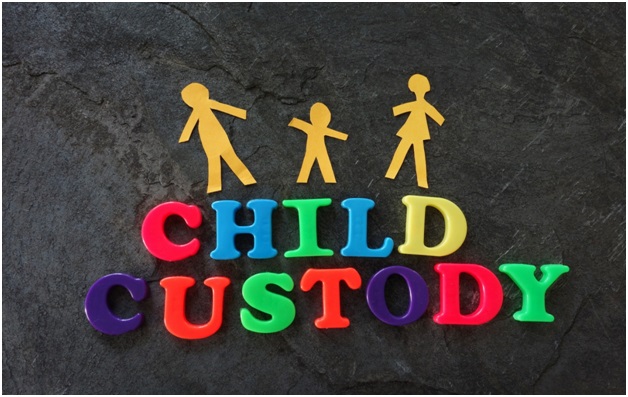 Keep reading to learn about the different types of child custody that are available for separated parents.

When people talk about the different types of child custody, they are most often referring to physical custody. Physical custody is the arrangement that decides where, and with who, a child will live.

In a perfect world, the two guardians would agree on which form of custody is best for the child. But, sadly that’s not always the case. You may have to enter into a child custody battle to ensure your child’s best interests are taken into consideration.

Here are the three main types of physical custody.

This type of custody is when the child lives primarily with one parent, at that parent’s residence. This allows the child to live in one location and have a sense of stability and routine in their life.

The good news is that with sole physical custody, another parent can still have a role in the child’s life. Through visitation, the child can spend the night at another parent’s house or just have a few hours of visitation each week. But, the sole caregiver must give permission for these visits or they must be court-ordered and approved.

Joint custody works best when both parents agree to live near each other in order for the arrangement to work. This allows the child to go to the same school and interact with the same friends regardless of who they’re staying with.

Bird’s nest custody is the least common option, but it can work out for some families. In this custody arrangement, the child always lives in the same house, but the parents switch off living there.

While this provides stability and a constant living situation for the child, it can be very expensive for the parents to maintain three residences.

When you’re considering child custody types, you also need to keep in mind the legal custody of your children.

Legal custody names who is in charge of making major decisions on behalf of the child. These decisions could include where they are going to school, what medical attention they receive, or what religion they will follow.

With sole legal custody, only one parent can take decisions on behalf of their child.

Even though a parent retains sole legal custody, they can still ask another parent for their opinion. It’s just up to the sole legal guardian if they want to take action based on another parent’s opinions.

When you have joint legal custody, all major decisions must be agreed upon between both parents.

It’s important to discuss what counts as a major decision before entering into this agreement. You should determine a few areas of the child’s life that should always be discussed, such as schooling or health.

Unsupervised visitation is when another parent is allowed to have the child without being monitored. The parent can take the child to their residence for the agreed-upon time and do what they wish. There are usually certain ground rules, like getting permission before leaving the state or sticking to a set schedule.

On the other hand, supervised visitation is when another parent is not left alone with the child. The main guardian, a trusted family member, or an appointed government worker will be present when the visitation takes place. This type of visitation is to ensure the safety of the child.

Child custody can be a difficult thing to understand, especially considering the wide variety of types of child custody.

There are many different types of arrangements with custody, such as joint, sole, and even bird’s nest. Consider the needs of your child and the stability of each parent when deciding which arrangement is best for your family.

Trying to be the best parent you can be regardless of the custody situation? Be sure to browse the rest of this site for all the best advice.