Have you been injured on the job?

In the United States, 2.8 million private industry workers became injured or incurred illness as a result of their work in 2019. If you have become injured or sick because of your job, you might become entitled to a workers comp settlement.

This involves hiring an attorney to make sure you get the most out of your claim. But before you do so, you need to have knowledge of the workers compensation process. 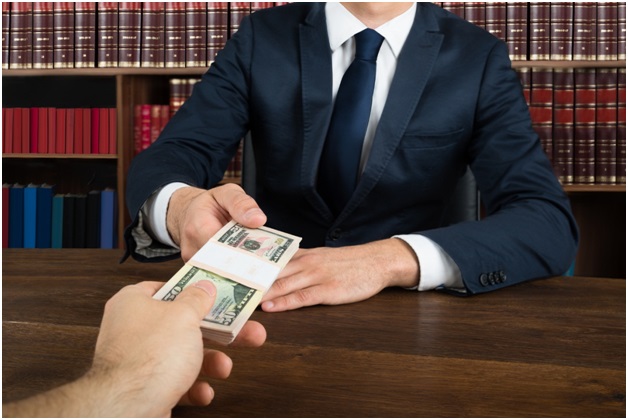 We’ll get into the 7 must-know facts below. Keep reading to learn more and get started on your settlement!

Pursuing a workers comp settlement often involves suing your employer. Many people make the mistake of accepting the settlement first offered by their employer’s insurance company.

Yet, often, the amount offered the insurance adjuster offers does not cover all of your necessities. Insurance companies often offer you the lowest possible amount because they want to avoid spending too much money.

Hiring a lawyer can help you increase the amount you get. Your lawyer will first look into the details of your case and then make a demand of the insurance company. The insurers will then review the demand and may respond with a settlement. If the settlement doesn’t please you and your attorney, the lawyer will file a lawsuit.

Most workers comp settlement processes take more than a year. So, you need to make sure you have all of the right funding to take care of your injuries or illness in the meantime.

Why do they take this long? Your lawyer and the insurance company need to investigate the incident and build their legal cases. As they collect evidence, they share it with one another. This ensures the entire process remains fair.

While collecting evidence, your lawyer will want to speak to you and any witnesses of the incident. You should also keep careful documentation of any medical bills you incur as a result of your injury or illness. This builds your case by establishing you experienced financial damage due to your employer’s negligence.

If the thought of sitting in a courtroom scares you, don’t let it. In fact, most workers comp settlements don’t go to court.

Instead, they settle out of court. Any time after your lawyer makes the initial demand, the insurance company can make settlement offers. Your lawyer will review each of them and then advise you on how to respond.

Once you accept an offer, the case closes.

If it doesn’t settle, though, the court will set a date for you and the other party to appear before a judge. There, the judge will hear both your attorney’s legal arguments and the arguments of your employer’s insurance company. After listening to both sides, they will issue a verdict. Both sides must abide by the terms of the verdict.

If the judge rules in your favor, the other side will have to pay you a specified amount of money.

Do you suspect your case involves a violation of the law? Do you think your employer did something for which they should go to jail?

If so, you need to keep in mind that workers compensation cases won’t put them there. A workers comp settlement falls under civil law. As such, you will only get awarded money if you win.

To get a criminal investigation going against your employer, consider pressing criminal charges. That way, the court will have a chance to decide whether they belong in jail. You can also sue them for a workers comp settlement at the same time.

In the United States, almost every state requires companies to have workers compensation insurance if they have an employee. This insurance protects you against injury or illness on the job and keeps them afloat if they face a lawsuit.

Texas comprises the only state that makes workers comp optional for private employers.

If you find out your company doesn’t have workers compensation insurance, you should pursue a lawsuit against them. States also have uninsured employer’s funds, which allows you to file a claim and get compensated.

A good workers comp settlement covers both your medical expenses and your time off from work. Too often, people need to take unpaid leave from their work to recover.

Your attorney, then, will look at how much money you need for your expenses and everyday life and advise you whether to take settlements.

Are you worried about paying an attorney for the lawsuit?

If so, you shouldn’t concern yourself. Most attorneys don’t charge you unless you win. Even then, they take a percentage of your winnings. This allows you to still enjoy the majority of your winnings while ensuring your lawyer gets fair pay.

Ready to Start on Your Workers Comp Settlement?

Do you want to get money for your injuries or illness?

If so, you should consider pursuing a workers comp settlement. Getting a settlement means procuring a better deal for yourself while you recover from your injuries or illness. If you win, you can get much more than what the insurance company first offered you, even after your lawyer takes out their fees.