Home
Miscellaneous
What We’re Learning About Women in Executive Leadership

Did you know that only 5% of the Fortune 500 CEOs in the United States are women? Because women make up around 50% of the population, this is an incredibly troubling statistic. While the steps toward gender equality have increased slightly in the past decade, there is no denying that executive leadership positions more often than not simply aren’t available to women. 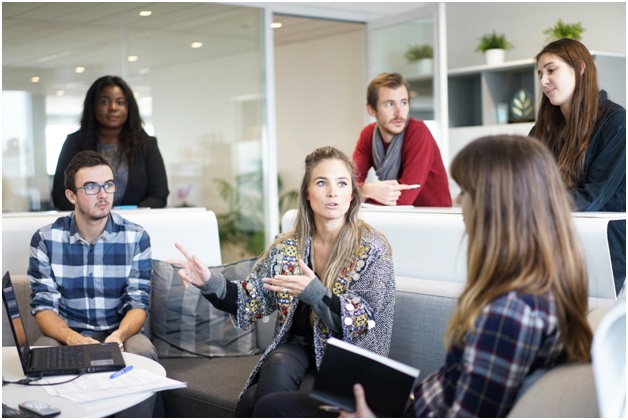 The only way to address this problem is to learn more about it and implement solutions that can help. That’s why we organized this article to acknowledge the accomplishments of women currently in executive leadership positions while exploring the changes that still need to happen. Let’s get started!

Why Does Gender Equality Matter?

Many opponents to gender equality are quick to ask why it matters. Besides the fact that everyone deserves equal opportunities for success, regardless of their gender, there are also practical applications to consider. For example, women make up roughly one-half of the world’s talent for available positions.

As such, when they’re excluded from executive leadership positions based on their gender, then companies are losing potentially valuable employees. Women’s brains are wired to provide helpful attributes like strategic thinking in the long term and community-oriented team building.

Because of this, companies that don’t utilize them risk isolated a huge portion of their company. The reality is that countries with equal gender opportunities have not only thriving economies but also thriving societies. When women are given the ability to become anyone they want, then it leads to a happier population.

Conversely, when women are forced into domestic or paternal roles without the option for a career, then the population gets more depressed. As such, the road to gender equality should be an active goal for every company out there that wants more success and happier workers.

Six Things to Know About Women in Executive Leadership Positions

Now that we know why gender equality matters in the workplace, we can begin exploring what’s happening with this topic in the United States, and the world at large.

In this section, we’ll explore both the accomplishments and challenges facing women in executive leadership positions. We’ll also get into some reasons why every company should consider a more diverse selection of job candidates.

Despite the widespread usage of tech by all gender, this industry remains dominated by men. The World Economic Forum reports that women only make up 12% of the jobs in cloud computing technology. Engineering and AI Data also hold similarly low percentages.

To combat this, tech companies need to make it easier for women to achieve leadership roles in these positions. Why is this so important? Tech is one of the dominant emerging roles. Since the field is relatively new, women must breakthrough before it’s too late.

This means bringing in candidates that might not necessarily have an extensive background in tech. Just because someone isn’t an expert doesn’t mean that they can’t succeed in a leadership role.

Similarly, schools and universities should put more emphasis on diversity in tech majors. That way it’s not assumed that this is a predominately male career path. Until tech companies begin making these efforts, then they risk missing out on the potential that women candidates can bring to their business.

The most recent elections saw a record number of women enter executive leadership positions in United States politics. This is especially prevalent in Congress, where women now make up 25% of the Senate and 23.3% of the House of Representatives. We’re still a long way off from equality in Congress.

However, this represents noticeable progress that will likely increase with each passing election. And it’s not just Congress that’s changing. The Biden administration is relying heavily on women to fill key roles in his cabinet.

One common excuse businesses give for not hiring women in leadership roles is that they won’t perform well. However, a recent Havard study helped prove that women in executive leadership positions are better for business than in male-dominated companies.

The study found that the more male investor partners a business had, the worse their performance was. Meanwhile, companies that increased the amount of women investors by as little as 10% saw a 10% increase in profitable exists, as well as a 1.5% increase in overall fund returns. So, diversity isn’t just good for society, it produces tangible results for businesses.

It’s important to remember that the younger generation is the key to fighting gender inequality in the future. For many years, children had few women in leadership positions that they could look up to as role models.

This was prevalent in politics, business, and scientific fields especially. Unfortunately, this severely limits the imagination of young children when they grow up.

When this happens they’re more likely to pursue entry-level positions or unpaid domestic labor instead of aspiring to more. And the role model effect doesn’t just apply to children. Seeing women in an executive leadership position at a large company can inspire other women that work there to work harder for the role.

The 2020s already seem to be setting an exciting precedent for women executive leadership first. One clear example is Kamala Harris’s position as vice president — a first in a country that’s existed for over two hundred years.

Another example is Suzanne Clark. Clark recently became the president of the United States Chamber of Commerce, the influential business lobbying group. She is the first women candidate in the institution’s century-long history.

Similarly, Kylie Jenner recently made headlines as the highest-paid celebrity on a Forbes magazine feature. These women are breaking new ground and opening up a future in executive leadership roles that have traditionally only been held by men.

It seems that certain countries are providing better opportunities for women in executive leadership. This seems to be particularly true in many European countries. According to a report, the following countries have over ⅓ of women serving in a board of director position:

This is in contrast to many of the global superpowers. Here are some of the countries that have under ⅕ of women serving as board of directors:

What Can Companies, Federal Offices, and Schools Do to Offer More Opportunities for Women?

While the future for women in executive positions is promising, there’s no denying that the scales are far from equal. So what can people do to improve these conditions? Ultimately, the most important area that requires the most change is the representation of women in both local and national politics.

Until women represent half of the elected officials in these positions, then we can’t expect complete equality. The reality is that policymakers often make legislation that directly influences women. Whether it issues like maternity leave or access to family planning medication, these important decisions are overwhelmingly decided by men.

So, how do we get more women into executive leadership positions in politics? By pressuring policy-makers to invest heavily in the future. That means equipping the youth with the tools they’ll need to succeed in future jobs.

Unfortunately, a college degree simply isn’t enough anymore. While this type of education does provide an in for entry-level jobs, they often leave women unprepared for leadership positions. As such, specific educational resources can give women the training to succeed in these roles.

For example, Berkeley offers a Women’s Executive Leadership Program that teaches women the leadership skills they’ll need to succeed in businesses. Companies themselves can also step up by offering these types of training programs for their employees.

They can also take chances on women job candidates that show promising potential for executive roles. As we’ve seen, more often than not this improves both the diversity of the business and the performance of the company.

We hope this article helped you learn more about women in executive leadership positions, and why it’s important to implement changes in our society. As you can see, more women in these important roles aren’t just good for diversity, it can positively affect multiple aspects of a business.

While complete gender equality is still a long way off, more women in executive leadership positions are one way of closing the gap quicker. Did you enjoy this article? If the answer is yes, then you’re in the right place. Keep reading to find more topics you’re sure to love.