Home
Tools & Home Improvement
Why does the Future Look Bright for Solar Energy in California?

Solar energy brings in more than just lessening your carbon footprint in the ozone, though that would have to be one of the biggest benefits that you would get with it.

With this clean and renewable energy, you would be able to lessen power outages, have more independence when it comes to your electricity and power usage, be off the grid, and save more money because of all of these rebates and incentives. 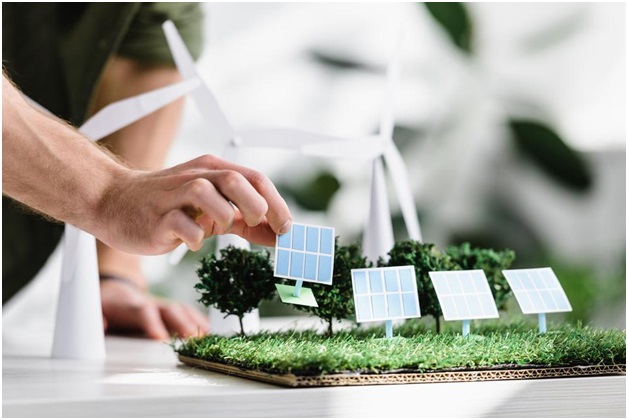 So, why does the future look bright for solar energy in California? If you are living in a place as sunny as California, having a solar panel or two would definitely make a difference in your energy consumption and your electricity bill. This is why there are a lot of solar energy companies in California for you to choose from.

Why Is California a Good Place to Get Solar Energy?

California is known for its perfect sunny weather where solar panels would be able to get all of this sunlight and produce the most electricity. It’s the gold mine of energy and it would have to be the leading state for the solar industry and solar energy in general.

You would be able to get direct sunlight because of California’s natural and inherent climate, you would have better results because you have better sunlight, the state is the leading state when it comes to the awareness of renewable energy, and the amount of energy you could get in this state would be perfect for Photovoltaic solar panels.

California has been known for producing so much electricity by the use of solar panels, which is why their electricity prices are actually starting to turn negative. This is just a small proof of the amount of energy solar panels are able to produce.

California has improved highly because of the use of solar panels, and they are now also offering some electricity to Arizona, their neighboring state, and are offering it to other states beside them as well.

Things To Consider Before Getting Solar in California

1.     Is your home the perfect candidate for solar panels?

The first thing that you have to look at when you are thinking of going solar is if the structure of your roof is stable enough for solar panels, and if not, where are the other places on your property where you could put your panels in a way that you could efficiently get enough sunlight. Because in order to get the maximum effect on your system, you need to get enough sunlight.

If your house is facing north, then you would get less sunlight because that is when the sun is already going down. You also need to see if there are a lot of shades in your area, or in the area where you are planning on putting your solar panel on, so things like trees, shrubs, tall objects, and your neighboring homes.

2.     How long does the solar panel warranty last?

be about 25 to 30 years. Now the product warranty would last you about 15 to 25 years typically, but this would generally depend on the manufacturer you are working with.

You are going to have your roof inspected by a professional to make sure that your roof would be able to hold your solar panels. This is especially important if you need to get your roof replies in the next five years. But if your roof is sturdy enough, then you would not need to necessarily do anything to your roof.

There are a lot of options that are available to you when you are paying for your solar system, things like lease, loan, and cash are only some of the options available to you. In California, homeowners would usually see about $40,673 in savings when they are solar for over 2 decades. And with the same rebates and federal tax credit, you would be able to save a lot of money in the long run.

What does the future look like for solar energy in California?

The first step in solving the problem is by acknowledging the problem first. You have to break your old energy habits because climate change is destroying our planet, and even though there are these renewable resources that you could get, you choose to still depend on oil, coal, and gas as your energy source. Those are only two of the problems we have in California amongst the array of other problems

Amongst the other states, California has always been one of the trailblazers for enacting and enforcing laws that would encourage the use of solar energy, bringing to the surface all of the benefits of having cleaner air and water.

A way that we could bring to light the benefits of solar energy and the positive effects that it has on our environment is by discussing the future energy source that we could depend on. Because if we keep living this way, we could be doomed in the end. Change has to start with us.