Home
Fashion and Beauty
4 Hair Problems Only Men Can Understand

A crucial aspect of a person’s style and general look is their hair. The hair on your head can either make or break your facial aesthetic. A cut that suits your face is one of the most prominent style traits you can engage in to bring out your facial charm. Knowing how to pull off a haircut that suits you is crucial for your overall style. Consider sitting down with your hairstylist and having a long talk about what might suit you best if you haven’t yet.

However, if you have issues with your hair, any guy can tell you that it’s one of the most annoying things. Men face similar problems as women do. However, since most of them rarely read about health and beauty care, they might not know how to overcome some common issues. Frizzy, scanty, and thinning hair are issues that men deal with all the time. Moreover, men are just as likely to have a bad hair day as women. They are also just as conscious as women when it comes to their hair. 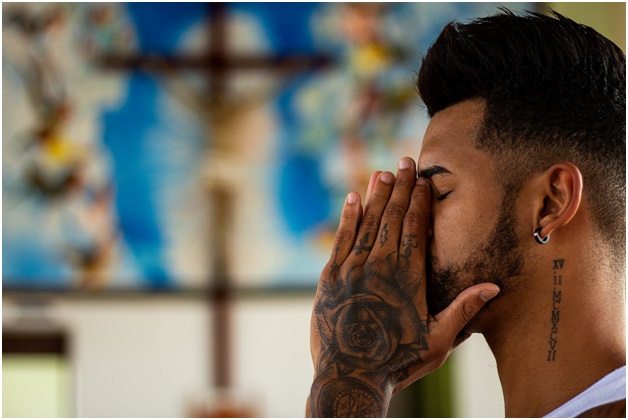 This article will be looking at some of the most common hair problems, which only men can understand.

As men age, they are considerably more likely to lose their hair compared to women. The majority of men begin to lose their hair in their mid-thirties; however, thinning hair signs can appear as early as your mid 20’s. Losing your hair can be one of the most challenging times of your life. You are hit with the realization that your hair might never be the same again.And youalso get an overwhelming reminder of how fast you are aging.

If you are looking for hair tips for the coming year, we suggest you follow an expert’s advice. One of Hollywood’s leading hair colorists, Daniel Galvin Jrshares his 2021 hair predictions for everyone to read. Men and women alike can immensely benefit from some of the predictions he makes in his latest issue. Men who are suffering from male pattern baldness should consider what the hair guru has to say. It might be an essential tip in saving your hair in the future.

Bedhead, which lasts through the day

Sleeping poorly on your hair is a real issue every man faces. Because their hair is shorter and more likely to bend in weird directions, men may have to deal with bed headthroughout the day.

Because women have longer hair, they often straighten out and get rid of unruly hair. However, since men have shorter lengths, the hair may remain bent at the shapes they slept on during the night. It means that for the next few hours, your hair is pretty much going to hold whatever form it already has.But you could spend some time brushing/combing it through, or you give up and wash it.

Thin hair and baldness are nowhere near the same thing. Thinning may lead to baldness but in no way should they be considered the same issue.

Thinning hair in men can be one of the most annoying issues. It makes styling your hair extremely difficult because the hair doesn’t react to your comb the way it once did. Your hair slides through the comb and remains the same way it was. Sure, women face thinning hair as well, but it’s considerably easier to deal with when you have long hair. It doesn’t seem as prominent when you have longer and denser hair on your head. For men who have considerably shorter hair, this can be a significant issue. Why?Because not only is it hard to style, but thinning hair in men can be overly noticeable.

Because of stereotypical societal roles, men are less likely to dye, color, or treat their hair if they face any issues. Women have been encouraged to take care of themselves ever since they were children. Whereas men are considerably less open to beauty and hair care management than women are.

For this reason, men may embrace whites and grays as soon as their mid-thirties. An increasing number of men are beginning to live with white hair and go through the rest of their life with it. However, one should note that men are starting to change some of the gender normative roles and considering dying their hair. For those who do, there might not be that big of an issue. However, for others who have slightly more traditional viewpoints on gender roles, they may have to deal with white hair.

Haircare is a sensitive topic for millions of men. They may not want to change their views, but many don’t want to live with the hair issues for the rest of their lives. Therefore, many men are at somewhat of an impasse. However, for those actively considering changing their lifestyle and maintaining their hair, consider reading a magazine or two and follow expert advice. Doing so could enormously benefit your hair in the future.