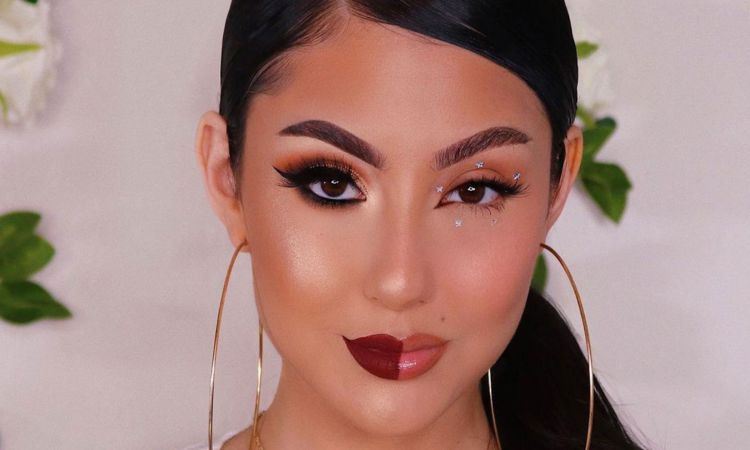 Eyeliner is nothing new, it’s been used to enhance women’s eyes since as far back as we can remember, but what are the trends in 2021?

If you’re a fan of eyeliner or perhaps even fake eyelashes as part of your makeup routine, then you might want to keep on reading this post, because some things that were hot five years ago are not right now. So, stick around if you want to learn all about eyeliner’s past, present, and future!

Eyeliner through the ages

Earlier we said we had used eyeliners since as far back as we could remember, but it turns out it stretches even further back than the famous ‘cat eye’ trend of the 1960s.

Ancient Egyptian royalty was wearing winged eyeliner that covered their eyes from their waterline to their hairline, creating some of the most dramatic eyeliner looks ever recorded!

Back then, they used a substance called kohl, which was an eyeliner-like substance, but it isn’t quite in the same league as the eyeliners we have today.

Speaking of which, our modern eyeliners really came to the masses in the 1950s when celebrities such as Marilyn Monroe took the world by storm with her signature blonde hair and dark eyeliner look using that famous brown pencil.

Other beautiful women followed suit until the infamous ‘cat eye’ look of Elizabeth Taylor burst onto the screen when she starred in ‘Cleopatra’ in 1963. The world went crazy, and demand for eyeliner and steadier hands grew massively as women flocked to makeup counters trying to recreate that famous winged look.

As we moved to the 70s, 80s, and 90s eyeliner became less strict. Now people were free to express themselves using bold colors that stretched far beyond the eyelids, and men even started getting in on the trend. No longer stuck to just pencils, eyeliners grew into gels, liquids, glitters, and more, with a range of colors to shock and impress! People were free to go big, bold, and beautiful with their eyes.

Gone are the days of bold colors and dramatic Ancient Egyptian style trends, and we’re even pretty shocked to say that winged eyeliner is slowly becoming outdated too. Nowadays, we seem to be favoring a much more understated look, but one that can still provide the definition that we need around our eyes.

The number one eyeliner trend of 2021 seems to be a simple smoldering liquid eyeliner. It’s a simple look to put together, it makes your eye color pop, and it’s a great way to show off the natural shape of your eyes.

The key to this trend is avoiding being too heavy with it. You want something that is quite thin because dramatic eyes are sadly going out of style. This understated eyeliner look should be teamed with a simple gold/brown eyeshadow to complete the smoldering eye.

Another eyeliner trend in 2021 is subtle feline flicks. It’s a nod to the cat-eye look of the 60s, only scaled back. The key here is actually to use brown eyeliner to prevent the look from being too dramatic, and it’s a lovely way to accentuate your eyes in a simple way. As you can tell, subtle is the word of the year for eyeliner looks, so make sure you scale your usual eye look back if you want to stay on-trend.

Where we think eyeliner trends are heading

This section might be more of a hope than a prediction, but hear us out because we think there’s a reason behind our thoughts! We think we will slowly come back around to the idea of dramatic eyeliner again. We’re talking colors, gels, glitter, you name it. But we also think this will be toned down compared to the dramatic looks that were created in the 80s.

Why do we think that? It’s simple really. One of the other major fashion trends of 2021 is colored mascara. Purples, blues, greens – there’s plenty to choose from and plenty that people are doing with their eyes right now to express themselves.

Wearing masks lately has pushed people to be more daring than ever before with their mascara, and whilst this isn’t for everybody, we think we’ll slowly see people experimenting with different colored eyeliners as a compromise.

It won’t be as dramatic as the 80s, because we’re already seeing that simple and subtle is sexy in 2021, but as lockdowns lift, we think there’s going to be a boom in slightly bolder eyeliner looks as we’re finally free to express ourselves again!

Eyeliner has always been, and will always be, big in the fashion and makeup world! And whilst our post today has highlighted what was once popular and what isn’t anymore, we’re big believers in expressing yourself the way you want to.

Sure, you’ll find plenty of other posts like ours telling you what’s hot and what’s not right now, but if you like a look, then who cares what people like us say? After all, you’re at your most beautiful when you feel confident, so you do you, and know that we’ll be cheering you along from the sidelines!