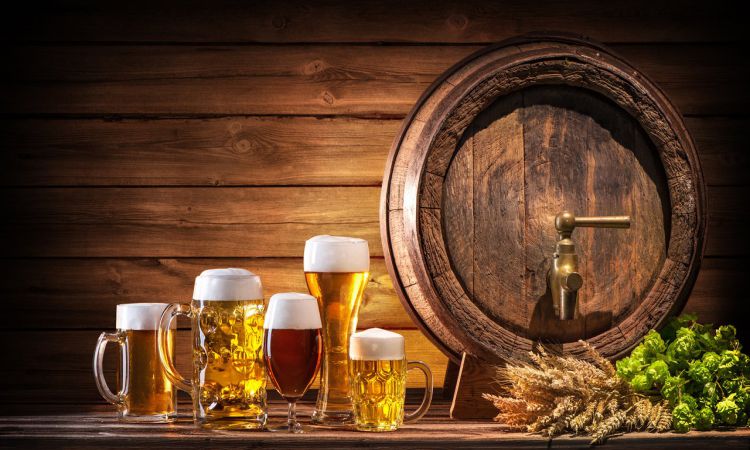 Whether you’re hosting a fun family get-together or a raging party to rival Project X, your party is incomplete until it has a keg. A party keg keeps things festive and limits the amount of cleaning up you’ll have to do afterward.

Do you know where to get a keg for your next event? Read on to learn about finding the right keg for any event and keeping the party going all night long.

Nothing is more frustrating than running out of beer halfway through the night, although wasting beer because you bought too much comes close.

A half-barrel keg is the type of keg you’ll see in movies at frat parties. But these aren’t the only types or sizes available!

The Cornelius Keg and the Sixth Barrel are often used for home brewing. Slim Quarter and Quarter Barrels work well for small parties, and Half-Barrels are the cherry on top of large parties.  The Mini Keg is easily portable, making it ideal for when you’re attending a party or sporting event instead of hosting.

How Many Kegs Do I Need?

When deciding what size and how many kegs to get, you need to consider the event you’re hosting. A classy wedding has different needs compared to a college frat party!

Use the following guide to determine how much beer you’ll need per person:

Keep in mind whether you’re dealing with lightweights or heavy drinkers, as this will sway the numbers.

Once you’ve done the math, visit draftbeerdispense.com to make sure you know how to tap a keg, and get the party started!

How Much Does A Keg Cost?

The cost of your keg will depend on the type, size, and brand of beer you choose. Domestic beers such as Bud Light or Coors will cost less than import brands or craft beer.

If you’re throwing a large party, why not buy a small keg of expensive beer and a large keg of something more affordable? When everyone stops tasting what they’re drinking, they won’t notice the difference!

Host the Ultimate Event With the Right Keg

Now that you know how to choose the right keg for your event, you’re ready to throw the ultimate party. Whether you’re hosting a tasteful celebration or a three-day rager, the right keg gives you and your guests the tools for a great night.

Was this post helpful? Be sure to check out our blog for lifestyle tips and more.