Home
Miscellaneous
What Is Hexane and What Is It Used for?

If you’ve never heard of hexane, you might be surprised you’ll find it in many day-to-day items. Hexane could be in anything from your shoes to your roof…it can even be found in your food. 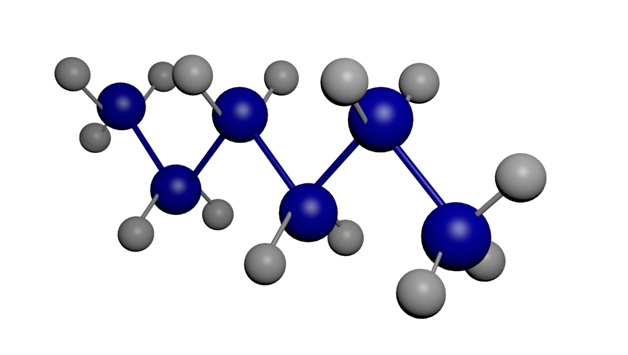 But just what is hexane, and what is it used for?

Hexane is a solvent made from crude oil. It’s what’s known as an alkane hydrocarbon. That’s pretty scientific talk, so let’s break it down.

A hydrocarbon is an organic compound. A compound is a chemical substance composed of two or more chemical elements. In this instance, the compound is hydrogen and carbon.

Alkane refers to the structure of the compound – in this instance, a tree structure. There are ten alkane hydrocarbons overall, including Hexane. The most commonly known hydrocarbons are methane, ethane, and butane.

The “hex” in hexane refers to its six carbon atoms. Simultaneously, the “ane” refers to the fact that the atoms are connected by single bonds.

Hexane is used so frequently as it is an inert solvent. That means it doesn’t really react to anything in a solution. This makes it ideal for use in manufacturing and production.

Difference Between Hexane and N Hexane

A quick note here to say there are two “types” of Hexane – n-hexane and hexane. The difference between them is to do with their compound structure.

While the shape might seem unimportant, the structural shape of compounds affects how they react to other substances.

It’s all rather scientific, but the difference between the two largely comes down to price. Hexane is much cheaper to produce than n-hexane and is used more because of this. N-hexane tends to remain specialized in laboratory uses due to its price.

How Is Hexane Produced?

As we mentioned above, hexane comes from crude oil. Crude oil is a natural fossil fuel found in deposits beneath the earth’s surface. It can be refined to produce gasoline, diesel, and hexane.

Refining, in this instance, means reducing it down to a pure state. So hexane is removed from crude oil in a distillation process.

What Is Hexane Used For?

Hexane is used in a wide variety of industries due to its versatility and affordability.

In laboratories, hexane is used to extract grease, oil, and other contaminants from soil and water to be analyzed. In manufacturing, hexanes are used to create glues widely used for footwear, leather products, and roofs.

In the food industry, hexane is used to extract oils from seeds like soybeans, sunflowers, canola, and corn. Hexane is preferable to the oil pressing method as it is more efficient and cheaper. The solvent is removed from the oil before it goes on to be sold, but there is always a chance some residue may remain in the oil.

You’ll also find hexane in common household products like adhesive sprays, art materials, and stain removers, as well as in automotive products. There are hundreds of millions of pounds worth of hexane produced in the USA alone every year.

One of the main hazards of hexane is that it is easily inhaled and absorbed through the skin. This is compounded by the fact that existing regulations around hexane use do not address these safety concerns.

It has been recognized for more than four decades that hexane may cause permanent nerve damage in legs, feet, arms, and hands. Despite this hazard, it is still frequently used in consumer products, and many workplaces are regularly exposed to hexane. Many of these people are unaware of the health risks of using products containing hexane.

One of the largest hazards is working in the production of hexane or in a manufacturing process where hexane is used. Additionally, residents living near workplaces where hexane is produced or in use may also be at risk of exposure.

This is because hexane evaporates easily so that air may be contaminated. While there is a risk in products that contain hexane, the levels in processing plants would be much higher and put those exposed at much higher risk of complications. Workers, in particular, need to be given appropriate ventilation and protective equipment.

Even short term exposure to hexane carries significant risks. It can affect the central nervous system and cause symptoms such as:

The long term effects of regular exposure to hexane are much more severe. High levels of exposure have been linked to a condition called peripheral neuropathy. This is a type of nerve damage that causes pain, numbness, weakness in the feet and legs, and then the hands and arms. In the worst cases, this may cause muscles to shrink or waste, causing paralysis.

There is an additional risk for those exposed to other solvents, like acetone or methyl-ethyl ketone. Exposure to these, alongside exposure to hexane, may increase nerve damage and severity of symptoms.

This isn’t to say hexane cannot be used safely. Knowing the answer to what is hexane and what it is used for helps protect you from over-exposure. Hexane can be safe to work with when workers are informed and have the right PPE equipment, as well as a well-ventilated workplace.

You can find out more about the hazards of working in confined spaces on our blog.