Home
Entertainment
Why do people dance? 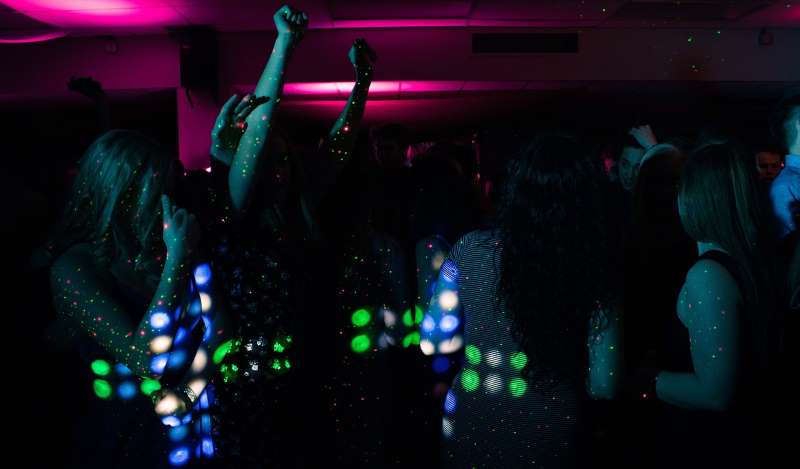 What makes us shake our head and unwittingly dive into the bit, and why do we crowd at parties, awkwardly moving from foot to foot? Dance is an integral part of human culture, and in this piece, we decided to look at it from the scientific side.

Many processes stimulate the incentive system in our brain, among them coordinated movements. That’s why we enjoy dancing, that’s why we (if not all, then at least some) are fascinated by clearly defined fights in films, marching people, or “Rube Goldberg machines”. Scientists cannot find an unambiguous reason for this phenomenon. But movements to music (itself causing the release of the hormone of joy) is a double pleasure for a person.

The desire to move to the rhythm has settled in our nervous system since ancient times. There is a certain connection between the auditory zone of the cerebral cortex, which processes sound, and the brain area, which is involved in the planning and production of movements. This connection is especially well assimilated if a person learns to sing.  In order to imitate a vocal instructor, a diligent student must learn to imagine how to link an audible benchmark with the ability to reproduce it.

We are not the only animals that can move in tune but other types of fauna with which we share these skills are a little surprising. For example, our closest relatives chimpanzees do not move to the music but they do not know how to imitate sounds. However, parrots and cockatoos, which perfectly imitate voices, also move well to the rhythm. As proof of this, you can find many YouTube clips. That is, in fact, the desire to dance is directly related to the ability to imitate sounds. From this we can conclude that when we listen to music, we subconsciously try to mimic it, for example, to sink a strong cut or picture a guitar solo in the air. Hence the desire to sing your favorite song. 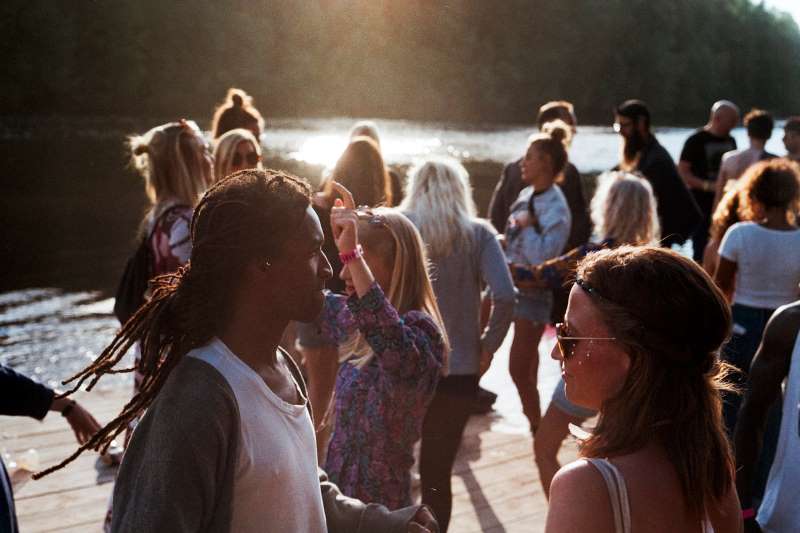 A scientific study published in the journal Science in 2006 suggested that in ancient times, the ability to dance was associated with survival. Dancing for our prehistoric ancestors was one of the ways to communicate, especially in difficult times. Therefore, scientists believe that the first people who had a better sense of rhythm may have had an evolutionary advantage.

Researchers have studied the DNA of groups of dancers and people who have never shown any inclination to dance, and found that dancers have genes associated with a predisposition for better communication in society. In addition, it was found that dancers have a higher serotonin level, which is known to influence the positive mood. These two factors suggest that dancers are (potentially) more social individuals.

It is no secret that people often dance to attract the opposite sex. British archaeologist Stephen J. Miten, who studied the culture of the Neanderthals, proved that our ancestors were doing it 1.5 million years ago. That is, on prehistoric dance floors, the same thing happened as on modern ones. “In many societies today, dance is used as a presentation of itself to attract a partner,” Miten points out. Dance is a means to showcase one’s physical characteristics and coordination, qualities that were important for survival in a prehistoric hunter-gatherer society.

The incentive system in the brain that made us love dancing is directly linked to motor functions. Historians believe that the music itself was created through rhythmic movements, and the first “tracks” were simple synchronous stomping. In addition, we are very sensitive to the movements of other people’s bodies.

It was found that other dancers activate certain parts of the brain responsible for movements. This is due to the presence of mirror neurons, responsible for the imitation. These cells in the cerebral cortex are excited both when performing a certain action and when watching another creature perform this action. Such neurons have been found in primates, and it is claimed that they exist in both humans and some birds.

When people see someone dancing, the movement zones in their brain are also activated.

Our sensory perception is linked to motor activity and music and dance act as a pleasant catalyst for the interaction of sensory and motor circuits. It is most obvious when at the beginning of the party people crowd around an empty dance floor, but no one dares to start dancing first. As soon as the most daring people come out to the center of the hall, everyone else is pulled up behind them. This happens unconsciously: when people see someone dancing, movement zones are also activated in their brain.

Another pleasure our brain receives from watching dances is our love to anticipate events. The observer at the moment when the dancer has not yet finished the dance, thanks to the hints of the music, can predict his further movements, and when he guesses them, the incentive system in his brain is activated. It turns out that people enjoy watching the dance, as well as taking part in it. From here grows a love for collective dancing, which, among other things, gives a sense of unity.