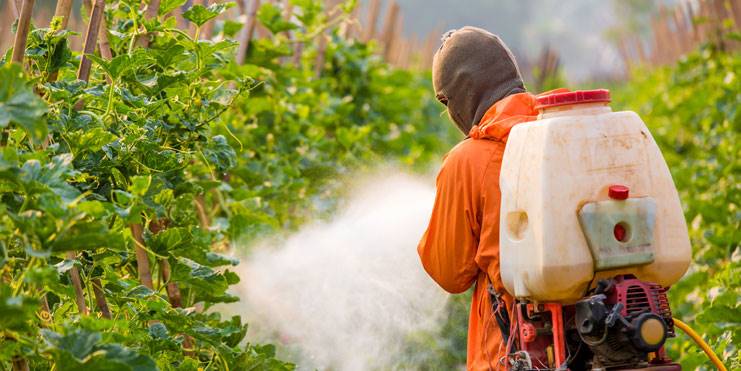 For a long time use of pesticides has been taken into confusion whether it is helpful or not. But here you go with the real facts and advantages of it.

Pesticides are used to control pests i.e. mosquitoes, mice, etc. It is in the form of chemicals to kill these pests.

Now speaking about pest control it is just management done for eradicating the pests.  There are different processes held for doing this relating to different environments and places.

So the advantages you want to know are as follows:

In fewer routes i.e. less land there will be more roots i.e. more growth of the plants. Pesticides have helped the farmers to grow more crops on less land. As with the help of pesticides, it kills the pests, and focus on quality has increased and therefore most of the crops are proper to get harvested thus increasing the harvest.

Crops grown with the help of pesticides are grown more effectively and are very good in quality. Hence, pesticides also help in increasing the productivity of land per hectare.

3. DISEASES DUE TO INSECTS ARE PROHIBITED

Diseases caused by insects can be prevented for example malaria caused by mosquitoes. Rodent diseases can also be prevented. Pesticides also control the rodent’s population to decrease the damage to crops and also decrease infections or diseases.

Due to pesticides, higher quality crops must be grown they will be cheap and affordable for the buyers as well. The fact is that organic food is always available at expensive rates than conventionally grown food.

Storing the crops after harvest also plays a very important role as during that time they are attacked by pests as well. Pesticides prevent bugs or rodents from spoiling the harvest otherwise it comes out as a huge loss to farmers.

As due to pesticides the crops are in more number and farmers can grow more crops rapidly the export of the crops increases therefore benefiting countries that have shorter growing seasons. This has a major impact on developing a country.

Using pesticides as a pest control method is highly impact and it is the fastest method than any other method of pest control.

Many people say that pesticides are harmful to use and harmful for the products but the estimated percentage of crops being harmed is 8% more than using with pesticide. Hence, the damage is highly stopped or decreased.

Hence you should come to know that the use of pesticides is not at all harmful and is profitable in various ways from the farmers to the buyer and also to the country use of pesticides has changed the farming pattern so effectively. If there would be no pesticides the crops would have died only by pests and infections. You can also get a consultation from the best pest control companies like Empire Pest Control.