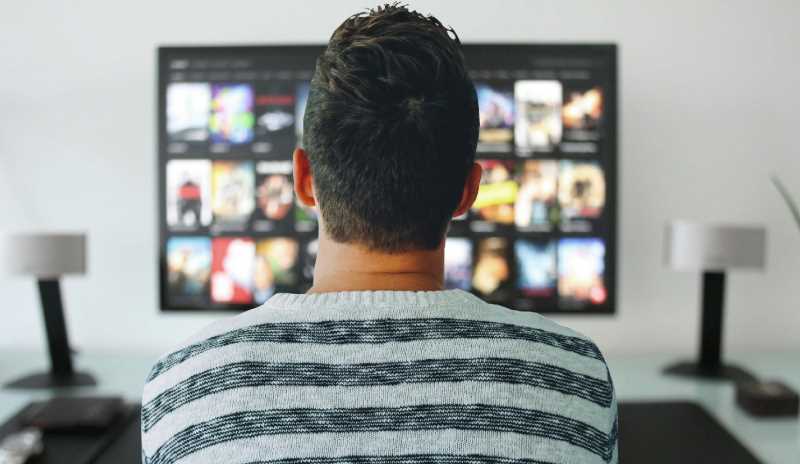 Have you found that you don’t know what series to stream online anymore? Many of us are spending more time at home than we used to and we watch more TV as a result. So, it might feel like you’re scraping the bottom of the barrel when it comes time to settle down and binge-watch a program.

If you’re lost looking for a new series, maybe that’s because you need to return to the classics. Whether a refresher or a brand new lesson, this list of classics and newer series is a varied look at the best shows to binge watch today.

“They’re creepy and they’re kooky / Mysterious and spooky,” and they’re still the funniest and dark family-friendly sitcom around.

Sure, you can take a look at The Munsters…but everybody knows they’re less fun than The Addams Family. Still, that’s not a bad choice. Both are among the best shows to stream online!

If you don’t think a show about an average Texas man, his family, and his lawnmower can be interesting, you better think again.

King of the Hill is just that, and it’s an all-time classic that ran for 13 seasons, so you have plenty of episodes to go through. It’s another hit from the creator of Beavis and Butthead and Daria, if you’re a fan of those cult classics.

If you’re looking for something a little bit shorter and haven’t been through the smiles, frowns, tears, and sighs that come with a binge-watch of Gilmore Girls, watch it. Even if it doesn’t sound like your type of thing, give it a go! Many a tough customer has been surprised by this 2000s favorite.

And don’t worry, you won’t have to hunt for it long. It’s available on all kinds of streaming services, like the ones you can see here: https://setapp.com/lifestyle/best-free-streaming-services-and-offers-the-big-list

One of the newest and greatest shows to binge-watch online is FX’s Pose, a drama focused on the LGBT+ community and ballroom scene in 1980s New York City. This riveting show is as heartwrenching as it is eye-catching…that is to say, extremely so.

After some of the drama following Paris Is Burning, the documentary that inspired the series, Pose seeks to represent historical reality. It doesn’t shy away from issues like racism, the AIDS crisis, and violence against transgender (trans) people.

Pose isn’t made by the same people who did Paris Is Burning, but after the movie was accused of ripping the community off, the FX series sought to correct those wrongs by hiring trans people to play trans characters. That might seem an obvious move, but it’s a huge step forward.

Whether or not you’re LGBT+ in some way, this incredible show isn’t one to miss. It’s so addictive you’ll struggle not to binge-watch it, and you’ll probably learn a lot, too.

Here’s something on a completely different note that’s good if you’re looking for something to cool down from a long watch of Pose. Malcolm in the Middle is no middling show.

No, the seven-series 2000s show shows the hilarious antics of a working-class family in a way that hits home for many of us. Just when you’re keeled over laughing, this down-to-earth sitcom drops wisdom worthy of Yoda. It’s the perfect formula for an afternoon of binge-watching TV online.

If you’re looking for something a little more extravagant than Malcolm in the Middle, Arrested Development is another definitive 2000s sitcom that focuses instead on the ultra-wealthy Bluth family. While a couple of newer seasons poke fun at today’s issues, the old seasons are just as funny (if not funnier).

Not only that but for many youngsters who missed the early 2000s, the trip down memory lane doubles as an educational experience. A flashback to the years of the Bush administration rings truer today than you might expect.

If Arrested Development didn’t drive you up the wall, maybe the infamous “Fly” episode of Breaking Bad will.

It seems like just yesterday that the whole world was Breaking Bad-crazy. If you’ve seen the drama, it’s no question why—it’s just that good. If you haven’t seen the thrilling show already, it’s high time you checked it out…no pun intended!

After you finish Breaking Bad, go watch what came before. Everybody’s favorite sketchy lawyer, Saul Goodman, returns in a complex prequel drama from the same team that brought you the original show.

It doesn’t have quite the same feel as Breaking Bad in humor or in action, but it’s every bit as good. If you liked the original series, you’re likely to love this spinoff.

If you like Saul Goodman’s shenanigans, you’ll love the antics best friends Tuca and Bertie get up to in the Netflix show of the same name. The demand for the animated comedy is so high that its fans raised the show from the dead! Yup, after Netflix canceled this fun show with feminist flair, people were so upset that Adult Swim picked it up.

A cartoon for adults with rowdy female protagonists like this is a first! Watching Tuca and Bertie makes you appreciate how important it is, and how overdue a show like it was for a long time. Binging this series takes no time at all, so you can start and finish well before the second season arrives in 2021.

So, what is the very best of the best TV shows to binge-watch? Preferences vary, but one show that seems to bring everybody together is The Simpsons. The animated sitcom has been running for 32 entire seasons, proving it a timeless classic.

Whether you’ve never watched the show or have seen it all before, you’re almost guaranteed to be entertained. There’s no doubt that it’s one of the best shows around.

Media and Lifestyle Tips That Make Sense for You

Now that you’ve read this great list of ten of the best shows to binge watch online, it’s time to grab the popcorn and get settled in for a long day or night of entertainment.

We have you covered for the before, after, and in-between with our collection of lifestyle articles written with people like you in mind. By the time your next binge-watching session is through, you’ll have your whole week of activities planned out with ideas from our site. Take a look now—there’s a lot waiting for you!