Home
Fashion and Beauty
A Comprehensive Guide On Dragon Tattoo 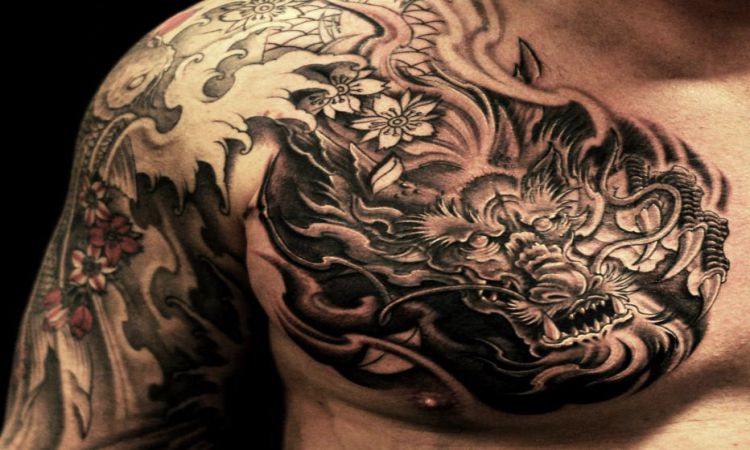 The Latin term dracones, which means “great serpent,” and the Greek word drákn, which means both “large serpent” and “one who sees well,” are the origins of the English word dragon. The beast is deeply rooted in many different civilizations around the globe, including Asian, Middle Eastern, and European mythology. Depending on the particular culture, the significance of the dragon tattoo meanings changes widely. For instance, the dragon is frequently connected with bad traits in western cultures while being associated with numerous positive traits in eastern civilizations.

In practically every myth and legend, dragons have appeared and disappeared. It is difficult to imagine a civilization or legend that somehow does not include or feature the dragon. Perhaps this explains why it remains such a well-liked tattoo theme and symbol.

Both men and women may have powerful tattoos of dragons on their bodies. Although they may be made in various sizes, the coloring and intricacy included in most representations make this design a larger-sized undertaking. Strength, boldness, and independence are a few qualities and traits related to the dragon.

One of the best things about a dragon tattoo is how many styles can be used to create one, from abstract or realistic to comical or dramatic. They may be done in bright colors, as is frequently the case with Japanese or Chinese representations, or they may be done in solid ink and adhere to the tribal style of tattooing.

Although the dragon’s form may be tattooed on various places on the body, it is most frequently carried on or around the shoulder. It is also common to see whole-body tattoos with additional Chinese symbols.

What Does A Dragon Tattoo Speak About An Individual?

Generalizations regarding the sort of personality who gets a dragon tattoo are challenging. The vast range of meanings and stark cultural distinctions between the West and East makes this challenging. Because there are so many design and cultural variations, dragon tattoo meanings ultimately become what you define them to be.

A vibrant Asian-inspired dragon tattoo is an instant favorite because of its striking colors and quirky design. The vibrantly colored dragon tattoo dances around your forearm or wrist and looks equally good on men and women. The dragon wrap-around tattoo has a dynamic feel because of the use of various yellow, blue, and orange hues.

This magnificent dragon tattoo is a fantastic upper half-sleeve design since it is both bold and breathtaking. The skin from the shoulder to elbow is covered by the great dragon’s body and towering head. This distinctive and classic dragon tattoo is influenced by traditional Asian art.

One of the best tattoos someone can receive is a dragon. In addition to being rich in meaning, it is also incredibly attractive due to the variety of cultures, colors, and patterns. Having a dragon tattoo signifies your commitment to doing the right thing. Whether you are attracted to a dragon for its strength, power, fury, or any other reason, most cultures—apart from the younger western culture—view it as an ethical beast. Dragons being good or bad is debatable, but they certainly make fantastic tattoos.