Home
Relationship
How Can Drugs Addiction Ruin Your Marriage?

Drug addiction leads to a multitude of problems, and sometimes it becomes impossible to solve these issues. Experts say that a drug addict requires extensive treatment that demands consistency and determination from addicts and their families. Even then, several people return to their old habits as they cannot withstand the pressure. Drug addiction affects people’s ability to perform mundane tasks and behave appropriately. Drugs may not start showing their impacts after taking one or two doses, but addicts’ lives gradually change for the worse. 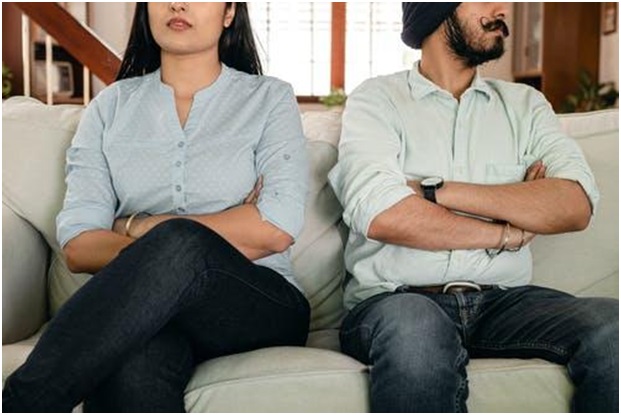 The most intimate relationship for a person is with their spouse. Everything a person goes through affects the significant other the most. People believe that substance abuse and intimate relationships cannot go hand in hand as addiction slowly starts showing its negative impact on the bond. Addiction ruins addicts’ relationships, but the most affected one is their spouses. Addicts may want to keep the relationship and genuinely wish to work on their marriage. Still, their addictions hinder them from doing so. Many drug addicts’ marriages end in divorces, and even if they do not, their relationship is not ideal. Suppose they have children; in that case, addiction adversely impacts their personalities.

Drug addiction can ruin marriage in multiple ways, and some of them are as follows:

Being married to a drug addict is an everyday ordeal. When they need their fix, drug users behave differently, and they behave differently after consuming a substance. Addicts emotionally abuse their partners as they often do not part from them and strive to gaslight them. Their spouses may feel overwhelmed as caring for an addict spouse is a 24/7 struggle. These addicts under the influence can physically abuse, and their partners often become victims of domestic abuse.

Experts say that people must consult assistance after seeing initial signs of drug addiction. The key is to select a professional and reputable treatment center. Residents in Fort Lauderdale can contact Delphi Health Group as they have made a name in giving exemplary services. Drug addicts can attempt to save their marriages by seeking treatment from reputed treatment centers.

Drugs are not for free as they demand money, that too constant supply of money. Drug addicts may have a job and strive to perform professional duties responsibly; they can only do so if they take drugs regularly. Eventually, their addictions start affecting performance at work, and in many cases, they lose jobs. Their significant others have to bear household expenses, and that puts a financial burden on them. Addicts’ spouses spend exuberant amounts of money, waste savings, sell their properties, and often incur debt to pay for their partners’ addiction. Financial burdens result in problems in marriage and affect their bond.

People do not readily admit that they have started taking addicts, and generally, initially, they lie about their whereabouts. Sometimes they have to make up stories about their absence, steal money to pay for their habits, and make false commitments of changing their behaviors. In some cases, addicts’ spouses lie in their social circles about their partners’ habits, which affect their mental health, eventually harming their bonds with partners. Their dishonesty leads to a loss of trust in their relationship, which is the binding factor of a marital contract.  In some severe cases, addicts get into extra-marital affairs or sexual relationships that damage the foundation of marriage.

Most drug addicts’ spouses realize their partners’ substance abuse from their changed behavior. Drug doses affect addicts’ brains and alter their nerve cells, and it affects their behavior. Addicts withdraw from regular tasks, and they start forsaking participation in domestic chores. They do not participate in decisions, and it puts all the burdens on the other spouse as they have to take care of all household tasks. The burden affects their significant others’ mental and physical well-being and ruins the marriage. Drug addict’s participation in household matters minimizes and then comes to zero, pressuring the spouse and destroying the marriage.

Drug addiction ruins every aspect of addicts’ life, but the most vulnerable are their children. Addicts’ children get forced to witness scenes that are inappropriate to their age level. Their parents’ dynamics affect their upbringing and often leave some void in their personalities that stay unfilled throughout their lives. Addicts’ children see other children’s parents as healthy and actively participating in their lives; in contrast, their parents miss out on their activities. It may lead to depression, anxiety, and other psychological disorders. They grow up in unpracticable environments and often witness their one parent getting subjected to physical abuse. These children are often devoid of the emotional support that all children need. They are often unable to lead a normal life.

Another major issue with addicts is that they become unpredictable with addiction. When they require their dosage, they may act aggressively. Often, their subject of violence is their spouse.  Drug addiction weakens self-control, and even non-violent people can demonstrate violence. Many drug addicts’ spouses think of leaving after getting hit by their partners. They consider that the last straw in their marriage. While drug addiction may not always produce violent behaviors, it tends to make people violent. Drug addicts’ spouses live at an increased risk of violence.

There is no good associated with addiction, yet an alarming rise is visible in people indulging in drugs. Drugs adversely affect people’s physical, mental, and emotional health. With time, it starts showing its adverse impacts on addicts’ relationships. Addicts are unable to control; themselves and sometimes demonstrate violent behaviors. Drug addicts’ spouses often try to help their significant others, but they have to exercise patience and demonstrate devotion. Addiction can lead to lies and dishonesty, which affects the essence of a relationship, and often, addicts get into infidelity. In many cases, drug addiction ruins the marriage beyond repair and leads to divorce. It is best recommended to have your partner be consulted with an online suboxone clinic since professional treatment is available in the comfort of your own home and there are effective behavioral therapies available.