Home
Games
How to Build a Strong Yu-gi-oh Deck 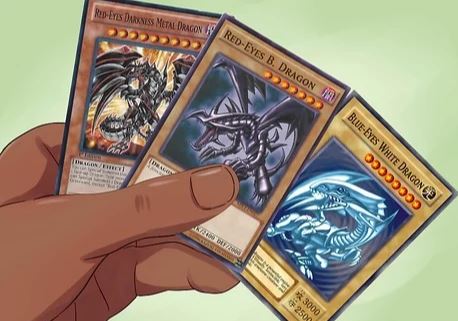 If you’re a beginner Yugioh duelist, this article should help you strengthen your deck of playing cards.

Nobody likes losing. We’re sure that after reading this, you’ll have higher chances of winning and claiming victory against your opponents in a Yu-Gi-Oh game.”

What makes a Strong Deck?

A strong deck is one that fits your preferences as a player while also giving you the highest chance of defeating an opponent.

First of all, you must know what makes a basic deck.

If you’re an absolute beginner, read the full Yugioh gameplay.

It’s important to know which Yugioh structure decks are best for you. Here are the deck types you should know about.

Aggressive decks, or aggro decks, wreak havoc against opponents that have slow opening cards. They effectively get rid of or render useless many cards on the field.

This type of deck, however, suffers against slow, grind-out games and versatile decks.

Control decks use highly disruptive cards and respond to large threats with minimal waste of resources. They slow down the pace of duels, benefitting from uneven trades with the opponent.

Combo decks roll on their ability to extend multiple cards onto the field to summon monsters. You need to use an extra deck since many monsters lack the firepower.

Combo decks often suffer against disruptive cards in the middle of the combo.

Ramp decks build a powerful mid-to-late game performance and involve several cards staying on the field. They are weak early in the game but unstoppable later.

The downside is that ramp decks use a large amount of deck space, so defenses are often thin.

Midrange decks offer a balance of offense and defense. They are highly versatile, consistent, and powerful, although the monsters are not as powerful as aggro decks.

Midrange decks can lack any specialties despite being capable in all areas of the duel.

Hybrid decks attempt to combine all features of the aforementioned decks. The main goal is to fix the weaknesses of the other decks.

Hybrid decks often fail when faced against pure decks of the same typing. For example, a hybrid deck of aggro/control is weak against pure aggression decks.

What Kind of Deck Do You Want?

After learning and mastering these decks, what kind of deck do you think will give you the best chances of winning?

Get Rid of What Doesn’t Work

You may like the deck or the card, but if it doesn’t give you a better chance at winning, ditch it. Replace it with something that works.

Lastly, the best way to strengthen your Yugioh deck is to master how to use it. Practice playing the decks  and simple strategies three to five times and make every time count.

Good luck with your decks!