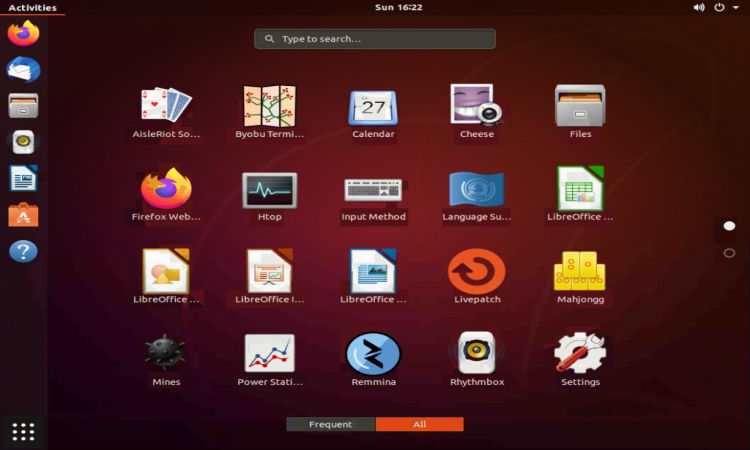 Why should you care about the Ubuntu operating system? Because it’s an excellent choice for VPS users. Ubuntu is renowned for being fast, reliable, and secure. It’s also one of the most popular operating systems on the market right now, which means there are lots of resources to help you get started.

This article will introduce you to Ubuntu VPS as a virtual private server (VPS) alternative. Keep reading to discover why you might want to use a VPS instead of a free VM or directly install Ubuntu on your computer – and how you can set up your own Ubuntu desktop VPS in minutes instead of hours.

What is an Ubuntu Server?

Ubuntu Server is an operating system (OS), which is software that controls the hardware in the computer. It has been around for a long time now and has gained popularity as a strong computing device.

A server OS is not the same as your device OS. A server OS doesn’t have GUI (Graphical User Interface) and is optimized to control a couple of servers, files, and computers. It can manage an extensive Verity of deployments together with Open stack clouds and render farms.

You can use the Ubuntu Server OS to set up a wide range of systems. Its server is a very popular OS distribution of Linux and is widely used to run websites, software applications, and databases. You can also use Ubuntu Server to build your computer system.

How to Install Ubuntu Desktop VPS on Windows

To install Ubuntu Desktop VPS on Windows, you’ll need to download the Ubuntu Server Virtual Appliance. Once you’ve clicked the download button, you’ll receive a file named “Ubuntu Server 22.04.1 LTS.” First, set up a VPS account with your choice of provider. Now, simply log in to your VPS web console, and click “Import.” Click “Choose File” and select the Ubuntu Virtual Appliance file you downloaded previously. Click “Import” to upload the file and begin the installation. Once your download finishes and the installation process begins, you’ll need to set up your VPS with a static IP address. This is critical for the connection between your LAN and your VPS to function correctly.

Why Should You Use a Virtual Private Server Instead of a Free VM?

Using a Virtual Private Server ( VPS Trial ) instead of a free VM is a great way to step up your development game without building an expensive custom computer. This gives you a ton of flexibility, so you can experiment with different environments while saving big on upfront costs. While free VMs like Google’s GCE are great for short-term testing, they lack many of the qualities you need to build a permanent development environment. Free VM instances are relatively unstable, which can wreak havoc on your development timeline and increase technical debt. Free VMs also have strict limits on what you can do with them. While some of these restrictions make sense (such as preventing people from using them for malicious purposes), they create major roadblocks for developers.

Ubuntu Desktop VPS offers a ton of packages to suit any budget and use case.  With Ubuntu Desktop VPS, you can run multiple applications on the same server. This allows you to use one VPS to host your website, database, and other applications, reducing costs even further.

If you’re a developer who needs to run virtual machines, Ubuntu Desktop VPS is a great option. It’s easy to set up and provides many of the benefits of a dedicated server. It’s also much more cost-effective than building a custom computer to run VMs. If you’re looking for a reliable, low-cost way to run VMs, you can’t go wrong with Ubuntu Desktop VPS. For Linux Users, the Ubuntu Desktop VPS is a must-have. It’s a reliable, cost-effective way to run virtual machines for development projects. With its many benefits for developers, it’s an excellent choice for VPS users.