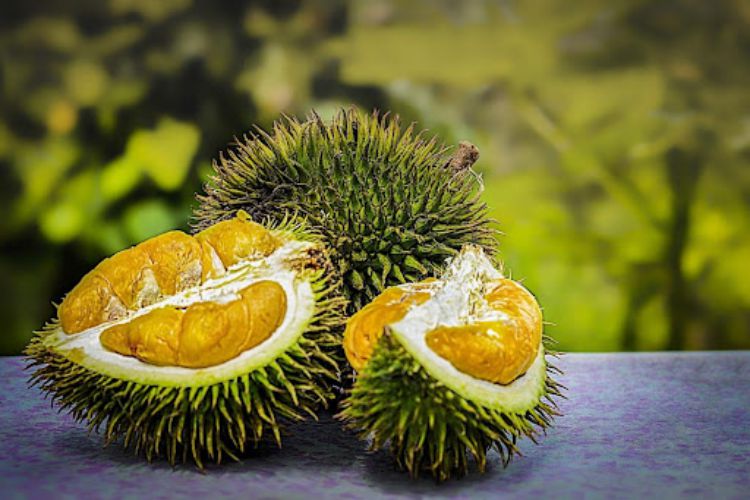 In this list, we’ll tell you about 5 of the most interesting exotic fruits and vegetables.

One of the most interesting exotic fruits out there is the durian fruit, which has its origin in Southeast Asia.

This is a spiky fruit that looks fairly exotic but has an even more exotic smell. Many people love to eat the durian fruit but dislike its powerful smell. It’s even banned in Singapore subways and in many hotels in Southeast Asia and has even grounded a plane as a result.

The durian fruit has a sweet and savory taste, however, and is one of many nutritious foods that you should try while in Southeast Asia.

The jackfruit is another interesting fruit that you should know about. The jackfruit has its origin in India and is also popular in other regions such as the Caribbean.

The jackfruit is the biggest tree fruit in the world. Some of these fruits have been found to be as heavy as 110 pounds.

Like the durian fruit, this fruit is spiky on the outside. It has a sweet taste and is often used to make savory meat alternative products and is often bought as an alternative to pulled pork.

The jackfruit is just one of many types of interesting foods that you can try in the Caribbean. Be sure to click for more information about great Caribbean groceries.

The rambutan fruit is another exotic fruit that is interesting to know about. The Rambutan fruit has its origin in Malaysia and its name actually translates to “hairy” in Malay. It has a somewhat spiky, hairy appearance on the outside.

The fruit tastes sweet and sour and is best compared to the taste of a grape.

The Lychee is similar in appearance to the rambutan fruit and also can be compared to the taste and texture of a grape. The fruit has red, bumpy skin that you’ll need to peel off to get to the fruit.

The lychee fruit originates in southern China but can now be found in many areas of the world such as Central and South America, the United States, Africa, and other parts of Asia.

Buddha’s hand is another interesting fruit that you should be aware of. As the name suggests, the appearance of the fruit resembles a hand and you’ll need to break off what looks like fingers to use it.

The buddha’s hand fruit has a strong smell, but can be used as a lemon. You may want to consider using it in salad dressings or baked goods just the same as you would a lemon.

Trying These Exotic Fruits and Vegetables For Yourself

If you want to try some exotic fruits and vegetables, make sure that you start with the ones on the list above. Each of these fruits is well worth trying, at least once.

Want to learn more about food? Read over our blog now to find more interesting and insightful guides.